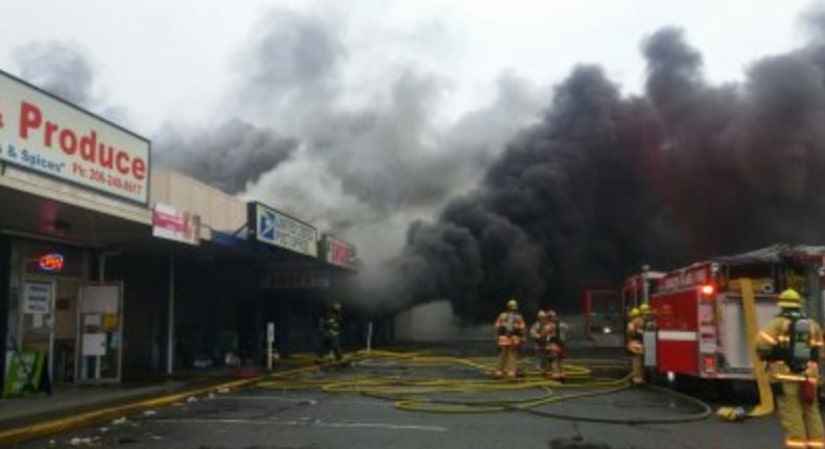 KENT, Wash. -- (KCPQ) -- A 64-year-old woman was charged Wednesday with first-degree arson in connection with a fire that destroyed several businesses in a Kent strip mall Sunday.

Several businesses in the strip mall at 23406 Pacific Highway S. in Kent were destroyed in the fire. The roof of the building collapsed after the fire erupted around 3 p.m. Sunday.

According to court documents, the woman “became upset about there being no shopping carts at the Dollar Tree Store.” She left the store, returned shortly afterward and told employees she was going to burn the store down. The woman then went into an aisle where cards and party supplies were and then left the store, telling employees the store was on fire.

Employees found a fire and attempted to extinguish it, but were unsuccessful.

FULL STORY: Prosecutor: Woman who set fire to Dollar Tree Store in Kent was 'upset' there were no shopping carts - KCPQ