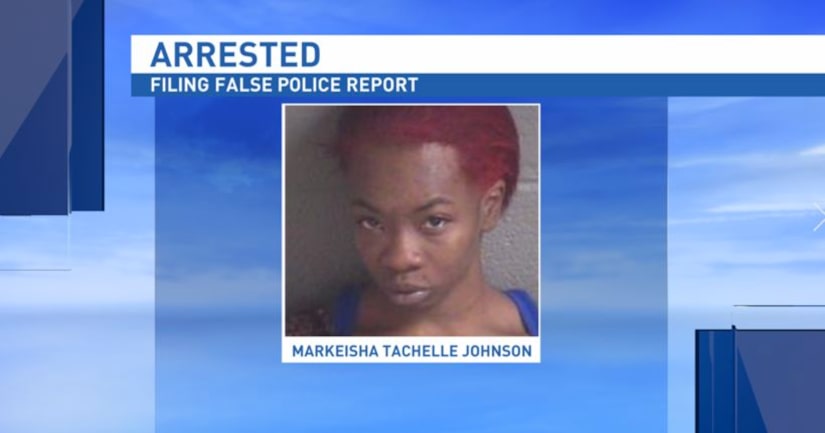 BUNCOMBE COUNTY, NC -- (WLOS) -- An Asheville woman is charged after a post on her Facebook page claimed she had been kidnapped.

According to the Buncombe County Sheriff's online inmate search, Markeisha Tachelle Johnson, 24, was arrested on Tuesday and charged with false report to a police station.

At 8:33 p.m. on Monday, a post on Johnson's Facebook page claimed she was in the trunk of a man's car. She said her phone was dying and the man had a gun.

She ended the post with " please help me this is not a joke." The post had been shared 788 times as of Tuesday evening.