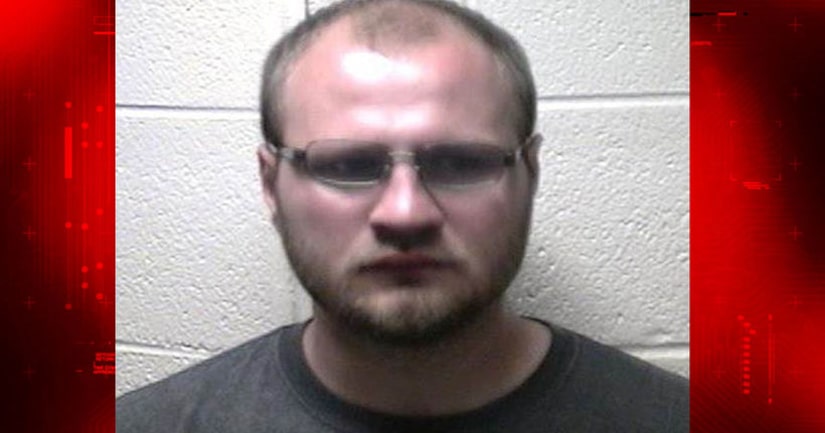 JENKINS, Ky. -- (WAVE) -- We've heard quite a bit about fake news on Facebook just recently, but this latest story surely takes the cake.

Taking the idea to a whole other level, Kentucky resident Johnny Mullins is alleged to have started a wildfire so he could report on it, apparently in the hope of driving more traffic to his Facebook page.

Mullins, 21, was arrested last week after admitting to cops he intentionally started a fire to score more views for his “Weather Outlook” Facebook videos, the Associated Press reported.

In the video, the wannabe weatherman reported on the extent of the smoke plumes and warned drivers in the area to take care. Reporting from the scene, he even took the time to offer important advice: “If you have a water hose, spray near your home so that your home will not catch on fire,” he told property owners in one of his reports. Finishing up, he promised to keep viewers updated on the state of the fire.

James Stephens, the police chief in Jenkins, Kentucky, where Mullins was arrested, told the Associated Press that the suspect “likes to do Facebook videos and have people follow him on his 'weather forecast,' so that's pretty much why he did what he did.”

“He enjoyed the attention he got from the Facebook stuff,” Stephens said, adding that Mullins “didn't realize how much danger he was putting other people in. It's really too bad because he's not a bad kid – he's just misguided.”

It's not clear how much damage was caused by his alleged actions, but the authorities have nevertheless hit him with a second-degree arson charge.

The deliberate starting of wildfires is a constant problem for the authorities, but reporting on your own ignitions to boost your Facebook profile appears to be a first.