Spartanburg County Sheriff Chuck Wright said Wednesday morning that 20 deputies and a dog trained to sniff for cadavers are searching near Interstate 26, near where Kohlhepp lived when his first victims were found in 2016.

The details are so awful you almost can't believe they are real: A woman forced to watch her boyfriend murdered was then chained up like dog for months in a metal storage container.

Kala Brown was miraculously rescued on November 3. Her boyfriend, Charlie Carver, was found murdered. And that was just the tip of the iceberg.

Just days later, two more bodies were unearthed on the same farm, and the man police say is responsible confessed to a quadruple murder that's sat unsolved for more than a decade.

According to police, Todd Kohlhepp, a local real estate agent, had also been holding dead bodies of other locals in escrow on his own private burial ground. The suspect appeared in court on Friday, Nov. 11.

New details reveal the clues were there all along, Especially to Kohlhepp's own mother, who's reportedly described her son as having very disturbing behavior since the time he was very young.

It all started when Kala, 30, and Charlie, 32, mysteriously went missing two months ago.

"We were still hoping for the best, that they would find him alive," said Tiffany Hoskins, a longtime friend of Charlie's.

And there was short-lived hope, when weeks into the search new postings popped up on Charlie's Facebook page. But Charlie wasn't the one posting them. They were taunts from Charlie's self-confessed killer.

The big break came when Sheriff Chuck Wright traced Kala's cellphone to a storage trailer on a remote 100-acre property owned by Kohlhepp.

"And we can hear a girl inside the trailer screaming for help," said Wright. Kala was found chained up inside.

"We are seeing stuff that people shouldn't have to see," said Sheriff Wright.

Kala Brown had gone to visit Kohlhepp, looking for a cleaning job in one of his properties. She says a crazed Kohlhepp shot Charlie dead before chaining her up and keeping her captive in that storage container for more than two months.

Committed to psychiatric hospitals for violent behavior at just 15 years old, Todd Kohlhepp was sentenced to 15 years in prison after being charged with kidnapping and rape.

"We found out today -- not a week ago, not a month ago -- we found out today what I'm about to tell you: Back in 2003 on Parris Bridge Road, there were four members of Spartanburg County society brutally murdered. It was called the 'Super Motorbike' case," said Sheriff Chuck Wright. "I'm happy to report to you because my God answers prayers: We signed four warrants on Todd Kohlhepp today with a confession that he did this crime."

The shocking announcement came on November 6, 13 years to the day after the actual murders.

"I didn't get him to confess," Wright told Crime Watch Daily. "He and I had a conversation when he was down on the property, I said a prayer with him. And he said I just want to talk to my mom. All I can tell you is when we had that conversation, like six hours later we were able to sign warrants on the 'Super Motorbike.' He told us enough to where we're 100-percent sure that he's the right person charged."

Todd Kohlhepp has now been charged with four counts of murder for the Superbike Motorsports massacre. 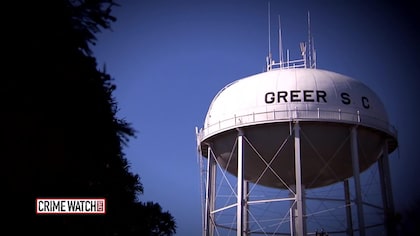