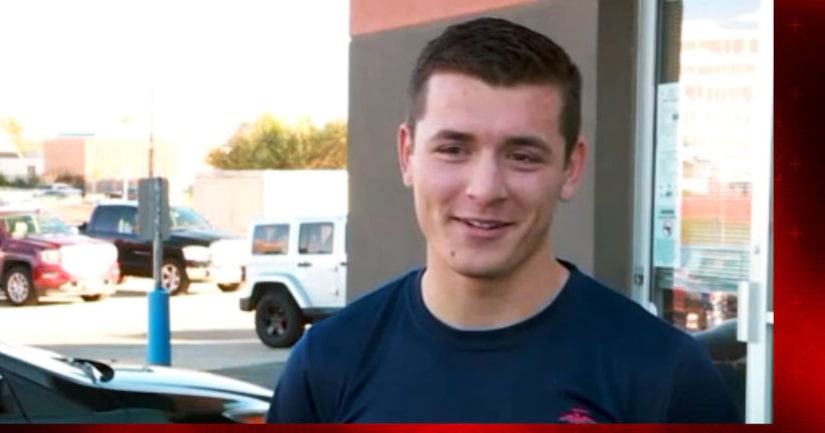 OKLAHOMA CITY -- (KFOR) -- A wanted man is in jail after he was caught allegedly breaking into a truck by a Marine in training.

“He ran across the front porch of Outback over here and hopped a bush. I was about five feet from him,” Cerny said.

“I immediately opened my door and looked for my wallet. It wasn't there,” Cerny said.

It didn't take long for Cerny to catch up with Tran and pin him to the ground.

“I caught him by the jacket, picked up him, threw him down and held him down until we got the cops called,” Cerny said.

In a twist of fate, the officer who arrived had also served in the Marines.

Police arrested Tran on a number of charges.

Officers said he had drugs on him and a warrant out for his arrest.

Records show he recently violated his parole and skipped court on a felony charge.

Wednesday, Cerny's commanding officer gave him a unit coin and a letter of appreciation.

“They came together to bring a criminal to justice to make the community safer,” said Major Ryan Cohen.

Cerny, humbled by the honor, said he would do it all over again.

“I didn't think if he was armed or something. I just did it. Just trying to do what's right. That's what really matters,” Cerny said.

Cerny goes to San Diego for boot camp next month.

Tran is being held in the Oklahoma County jail.