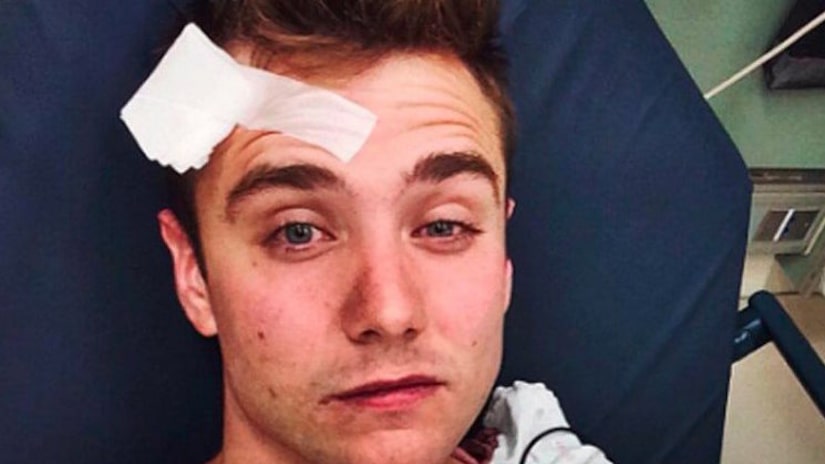 WEST HOLLYWOOD, Calif. -- (KTLA) -- A British YouTube celebrity who had previously told police he was the victim of a hate crime pled guilty Tuesday to vandalizing a car in West Hollywood, officials said.

Calum McSwiggan — a London resident known by thousands of fans for his YouTube channel on lesbian, gay, bisexual and transgender issues — previously pled not guilty to a June 29 charge that he filed a false report when he told sheriff's deputies he had been beaten two days before, according to the Los Angeles County District Attorney's Office.

But prosecutors say McSwiggan, 26, actually damaged the mirror and bumper of a car before falsely claiming he was beaten by the vehicle's owner and two other men, with whom he had engaged in an altercation outside The Abbey. He was sentenced to three years felony probation and 52 anger management counseling sessions and ordered to pay $7,000 in restitution, authorities said.