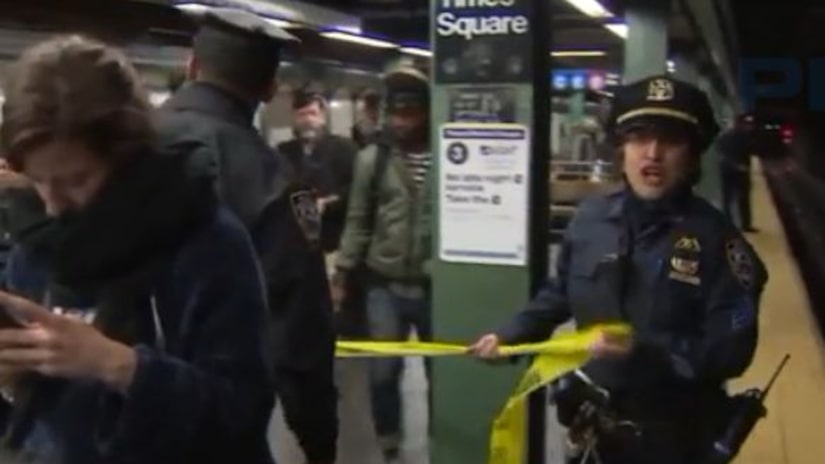 NEW YORK -- (WPIX) -- A woman was arrested after police say she shoved another woman to her death in front of the No. 1 train at the Times Square station Monday afternoon, officials said.

Melanie Liverpool, 30, of Queens, is charged with the murder of 49-year woman, who has not yet been identified.

The victim was pushed onto the tracks as the southbound 1 train was approaching around 1 p.m, police said.

Police say witnesses flagged down two police officers standing on the platform and the suspect was apprehended within minutes.

The victim was pronounced dead at the scene.