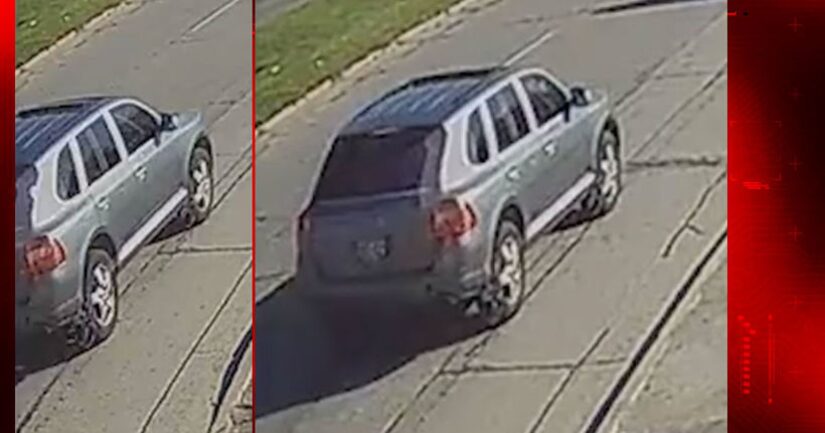 MILWAUKEE -- (WITI) -- Milwaukee police say they have recovered the Porsche Cayenne involved in the hit-and-run crash that happened near in the neighborhood near Fond du Lac and Hampton this past weekend.

The vehicle was recovered on Milwaukee's North side in the evening on Monday, November 7.

Officials say they have also made one arrest in connection with the incident — and continue to seek a known suspect/driver.

Five-year-old Rickyia Langham died as a result of this incident. Family members are now pleading for the striking driver to turn themselves in — and for anyone with information to call police.

Police on Monday, November 7, released video of the suspect SUV:

The striking vehicle is a gray or silver 2002 to 2010 Porsche Cayenne SUV. The vehicle may have minor damage to the front passenger side bumper or grille area.

Rickyia's mother said she and her daughter were just about to cross Leon Terrace Sunday when this happened.

"When that car hit her, the tips of our fingers left each other because the impact -- hit my baby and threw her in the air," Yarbrought said.

Yarbrought said as they went to cross the street in between two vehicles, an SUV headed southbound slowed down. Yarbrought said she believed the SUV's driver was slowing to allow them to cross.

She said perhaps the driver became impatient, because the vehicle suddenly sped up, and struck five-year-old Rickyia Langham with its passenger side headlight before running her over.

"Whoever did it, I beg you to please turn yourself in because my baby didn't deserve this," Yarbrought said.

"We're asking the community at large to, if they know anything in regards to this, to just please make a phone call. Have a heart," Pastor Radontae Ashford, a cousin of Rickyia said Sunday.

Langham's mother said when the vehicle was roughly 50 yards from the crash scene, the driver stopped briefly before speeding away.

Ashford said Sunday that Rickyia Langham was walking with her mother, holding her mother's hand, and they were crossing the street to get into a car and head to church.

Anyone with information in this case is asked to call the Milwaukee Police Department at (414) 935-7360.