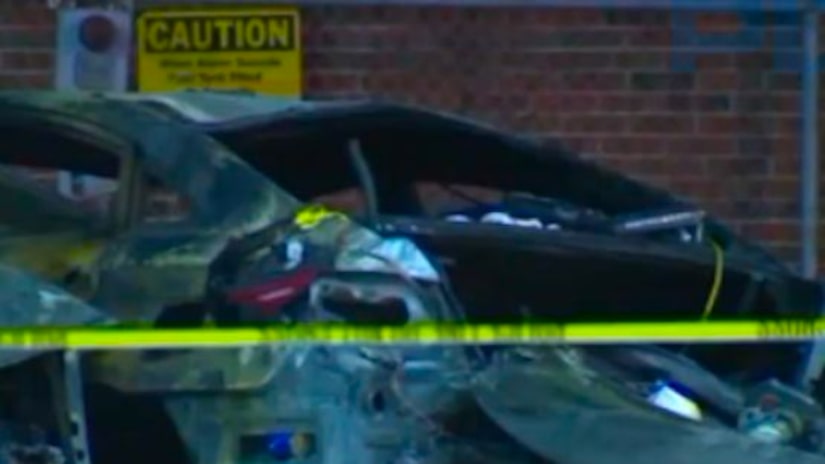 BROOKLYN, N.Y. -- (WPIX) -- A man wanted for the slaying of his wife led police on a chase from Long Island to Brooklyn before crashing his vehicle into a gas station early Friday, according to authorities.

While fleeing from Nassau County and NY state troopers, the driver, 44, crashed his vehicle into a Citgo gas pump at Pennsylvania and Flatlands Avenues around 12:40 a.m., police said.

The chase began in Bethpage after officers, responding to an assault at a home on Seitz Drive, discovered a 41-year-old woman stabbed multiple times and dead at the residence, according to Det. Lt. Richard LeBrun of Nassau PD.