Alec Cook was also sentenced Thursday, June 21 to three years of probation for strangulation and suffocation, and stalking charges which will be consecutive with the first three counts.

A 20-year-old suspected serial rapist is behind bars, and police say he kept a detailed notebook of his past and potential targets.

Terrifying details are coming out every day about a college student who police accused of being a serial rapist.

Alec Cook is accused of unleashing a reign of terror on the campus of the University Of Wisconsin in Madison. Police say Cook sexually assaulted five female students stretching back over an 18-month period.

Cook was arrested after several women came forward with their claims. When police searched his apartment they reportedly found several journals that some describe as "stalking notebooks."

Cops say Cook lists women by categories like eye color, what makes them special, and "finality." And then there is a chilling entry: "killed," with an empty box drawn next to it.

Prosecutors said there is enough evidence against Cook, charging him with 15 counts, including second-, third- and fourth-degree sexual assault; false imprisonment; and strangulation and suffocation.

According to the criminal complaint obtained by Crime Watch Daily, the most recent incident reported is from a student. She described the horror she claims Cook put her through for two and a half hours. The alleged victim says after a late-night study session at the university library, they went to his apartment. After five minutes, she says, Cook motioned her to sit on the bed and started kissing, kisses she describes as "forceful making out" and "eating my face." In the complaint the student says Cook "pinned her to the bed and began taking off [her] clothes" and "always had a death grip on my arm or body." She says he slapped her in the face, telling her "You must like that. I always knew you were kinky."

Crime Watch Daily uncovered an explosive allegation that Cook is no stranger to the university cops. Cook has been on campus police radar since February 2015, when a woman came to them asking for help, filing a complaint saying that Cook was stalking her. Campus police confirmed that an incident report was filed. They went out and talked to Cook and said he was upsetting the woman and he had to stop... He said he understood and that he would leave her alone.

The school newspaper The Badger Herald has been covering the story nonstop.

"Students have said they are concerned that this wasn't just an isolated incident, that this was a series of incidents," said Badger-Herald Associate City News Editor Alice Vagun.

Cook's attorneys have gone on the offensive, sending Crime Watch Daily a rambling two-page statement talking about "public lynchings" and "angry mobs" taking to the streets. They call cook's prosecution "a modern-day character assassination" and say "Alec maintains his innocence."

Cook has pleaded not guilty to the charges.

The university isn't commenting on the sexual assault allegations against Cook. In the meantime the business major isn't going anywhere soon: He's in the Dane County Jail with bail set at $200,000. Cook is now banned from the college campus and his fraternity, Phi Delta Theta, have disassociated with him and they're saying that they do not condone any behavior that is abusive and offensive toward women. 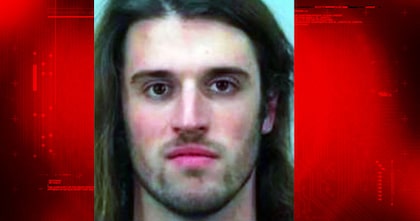