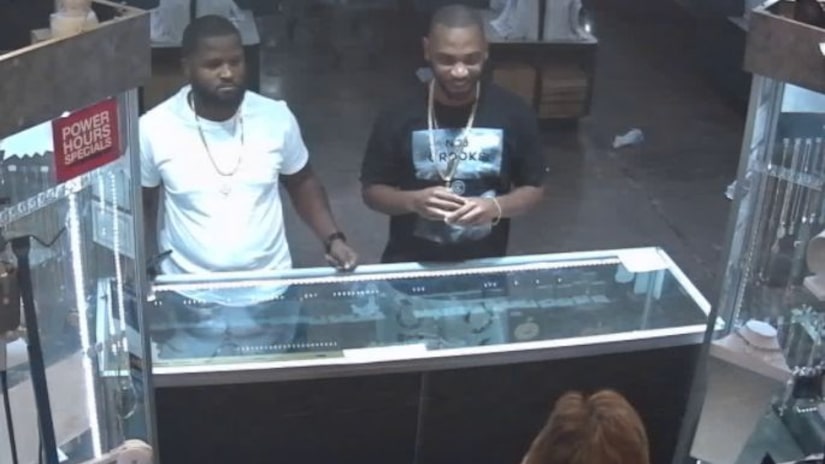 LOS ANGELES -- (KTLA) -- Two bold thieves reached behind a Corona jewelry counter and stole nearly $30,000 worth of engagement rings when an owner's back was turned, and the crime was caught on surveillance video.

The incident occurred at 3:15 p.m. inside the Superior Market at 1130 W. Sixth St., according to the Corona Police Department.

The pair walked into the store, approached the jewelry counter, Franzia Jewels, and asked about the jewelry.

While the business owner turned around, one of the men leaned over and removed two trays of engagement rings, according to a police news release.