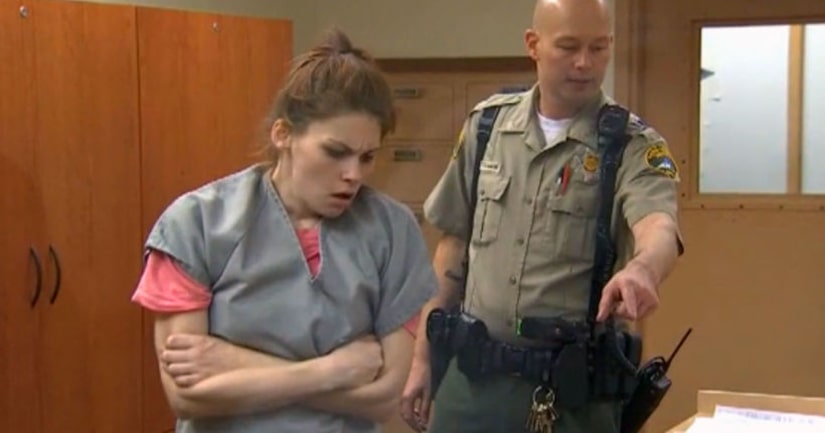 SPANAWAY, Wash. -- (KCPQ) -- SPANAWAY — A 24-year-old Spanaway mother of three has been charged with injecting her children with heroin. Her 6-year-old son told police his parents called it “feel good medicine.”

McIver was charged with the same crimes in September.

Investigators from Child Protective Services reported that multiple people lived at the home and were believed to be using heroin. The prosecutor's office said investigators noted mark, cuts and bruises on one of the children's body, including bruises that appeared to be injection marks.

The 6-year-old boy told investigators he and his sisters were choked by McIver on more than one occasion. He also said his mom and dad gave him and his siblings the "feel good medicine" to put them to sleep.

According to the Washington State patrol Crime Lab, the 2-year-old's hair follicles tested positive for heroin. The 4-year-old also had signs of heroin in her system, the prosecutor's office said, but the level did not meet the threshold for a positive test. The 6-year-old tested negative.