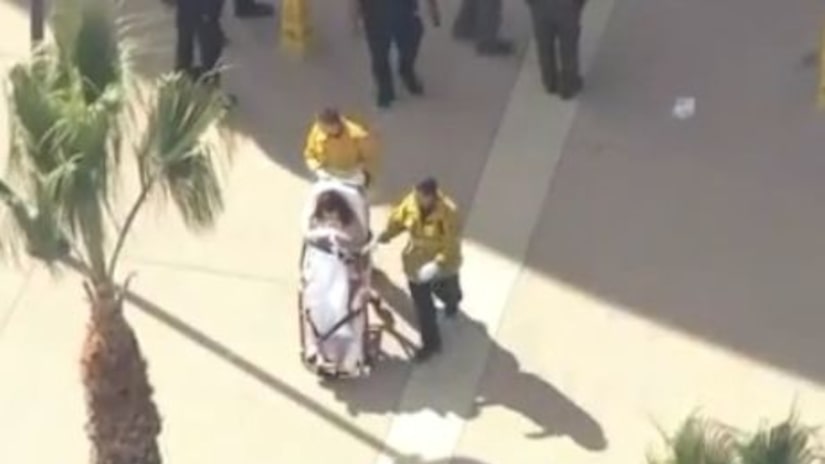 CHATSWORTH, Calif. -- (KTLA) -- A sheriff's deputy and a courthouse security guard opened fire on a man who was seen stabbing his estranged wife outside the courthouse in Chatsworth just after noon Monday, authorities said.

The man and woman were both hospitalized, with the former being pronounced dead at the hospital.

Authorities were initially called to the scene for a report of a man stabbing a woman, and Los Angeles County Sheriff's Department deputies responded, according to Norma Eisenman of the Los Angeles Police Department.

Witnesses said a woman arrived at the courthouse, near Winnetka Avenue and Plummer Street, driving a black Audi, with a man in the passenger seat. They began arguing.