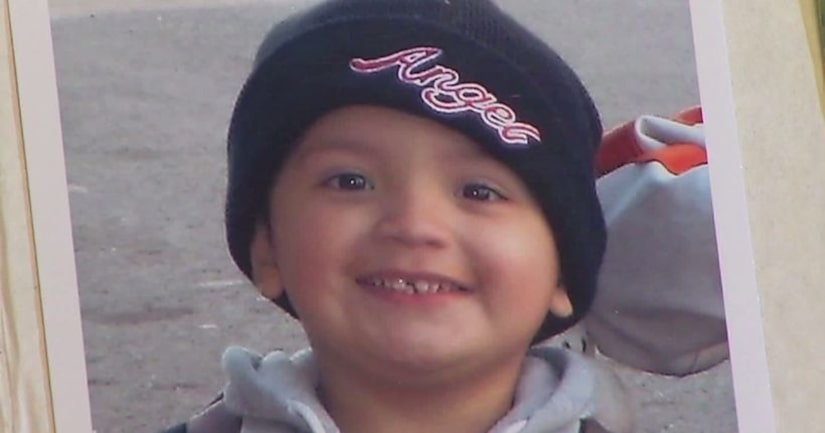 ECHO PARK, LOS ANGELES -- (KTLA) -- An 11-year-old boy who was found dead in his family's Echo Park home was kept hidden in a closet for years, according to court documents the Los Angeles Times obtained.

Three years ago, Yonatan Daniel Aguilar stopped going to school and seemingly disappeared. When people asked his mother Veronica Aguilar, 39, where he was, she told them he was in an institution in Mexico, court records say.

But that wasn't the case. Aguilar was keeping Yonatan in a locked bedroom closet, sedating him with liquid sleep medication to keep him quiet.

According to the Times, investigators say the boy was so well-hidden that even his stepfather, Jose Pinzon, who lived in the home, didn't know he was there.

On August 22, 2016, Aguilar told Pinzon Yonatan had died, and that's when she led him to the closet where Yonatan had been kept. Authorities say he weighed only 34 pounds, and the closet was so small he couldn't even stretch his legs out. His body was covered in pressure sores from the tile floors, and there were medicinal cups of pink and red liquid near him.

Pinzon then ran to a nearby 7-Eleven and called police.

Aguilar's other three children were the only people who knew Yonatan was in the closet. In fact, two of them slept in the bed right outside the closet door, but Aguilar had forbidden them from telling anyone.

Aguilar, 39, is charged with murder and child abuse causing death; she is in jail on a $2 million bail.

FULL STORY: Echo Park boy found dead in home was kept sedated; stepfather claims not to have known he was hidden in closet - KTLA