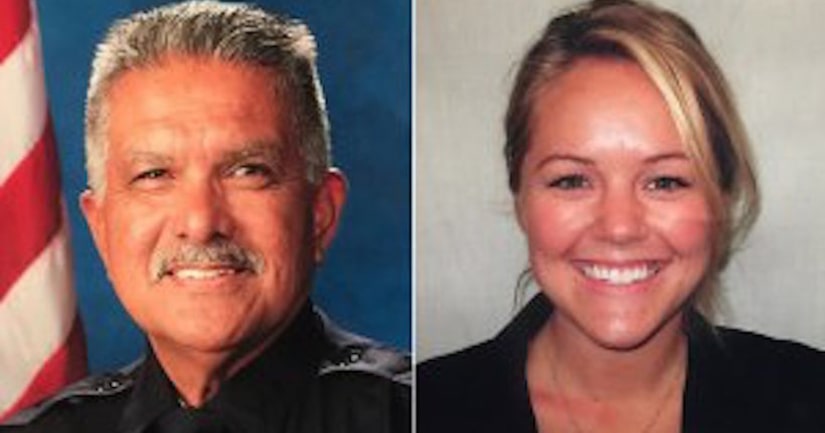 PALM SPRINGS, Calif. -- (KTLA) -- The Riverside County District Attorney's Office announced Wednesday that it will be seeking the death penalty against a man who has been charged in connection with killing two Palm Springs Police officers earlier this month.

John Hernandez Felix, 26, faces two counts of murder, the murder of a law enforcement officer and lying in wait in connection with the shooting deaths of Jose “Gil” Vega, 63, and Lesley Zerebny, 27.

Felix has also been charged with three counts of attempted murder on three other Palm Springs police officers, as well as special allegations that he possessed armor-piercing ammunition, wore a body vest and unlawfully possessed weapons and ammunition while being a convicted felon, officials said.