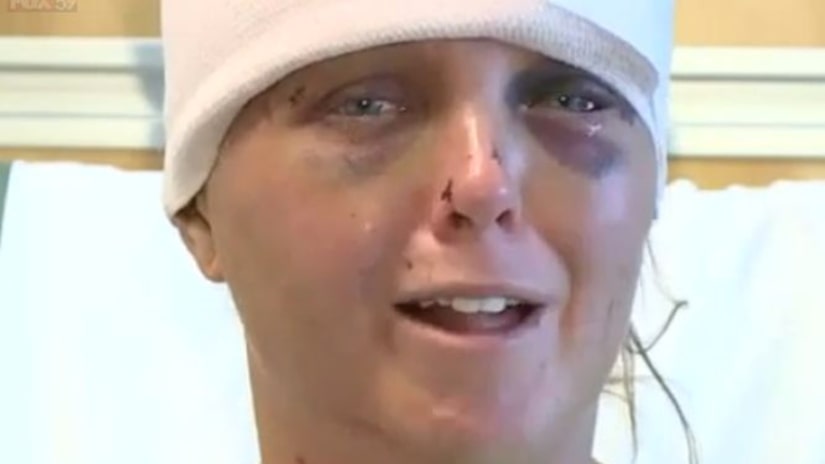 INDIANAPOLIS -- (WXIN) -- Carleigh Hager, 25, is telling her story of survival after she says her now ex-boyfriend brutally attacked her inside their Indianapolis home. FOX59 talked to Carleigh inside her hospital room where she's recovering from one of the darkest nights of her life.

“And he tried to rip my tongue out with my bare fingers from here all the way up to here and he succeeded, half way. He got the right side halfway. He got it halfway ripped out,” Carleigh said.

Talking through the pain of having her tongue reconstructed and bruises and bite marks all over her body, Carleigh recalled the traumatizing episode with her mother by her side. She says she and her now ex-boyfriend Ryan Cameron, 26, returned home from a wedding Saturday night with some friends. After launching a verbal assault things got physical.