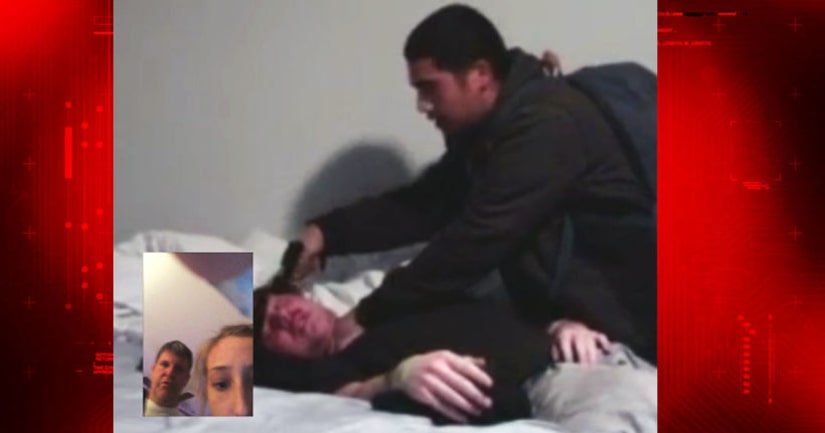 Yale Gerstein,19, was online with his girlfriend when he started hearing scratching on the door at his apartment in the 2300 block of Wickersham Lane, near East Riverside Drive. The Austin Community College students says when he tried to open the door the men barged in and started beating him with their pistols. “They were hitting me in the head with the pistol saying 'face down,'” Gerstein said. “Just don't get shot, just don't get shot ... that was on my mind.”

The whole time, his girlfriend was on FaceTime watching what was unfolding from Dallas. She first thought it was a joke, but quickly realized what was going on inside the apartment.

“I was scared, because they were saying I'm going to blow your head off, I'm going to kill you,” said Baylee Luciani. She says what's troubling her is that the suspects were looking directly at the computer camera. Luciani says she started grabbing screen shots of what was happening while her dad called 911. “I'm like wow… seriously watching an armed robbery happen to somebody that I care about,” explained Luciani.

“You are looking down a barrel of a gun hoping that you don't see a bullet,” said Gerstein.The screen shots shows one of the suspects pointing a gun to Gerstein's head and another one beating him while he's on his bed. You can also see Luciani and her dad trying to help. Gerstein says at one point the suspects disconnected the computer and that's when the FaceTime connection was lost.

Gerstein said the robbers stole thousands of dollars worth of music equipment. He also said what's frustrating the most is something they may not even know they have. “I had just finished my first album as a solo artist,” he said. “That's all lost.”

He described the suspects as all wearing gloves and one of them was wearing a Halloween ghost mask. Gerstein said the men ran off to the apartment complex across the street. He also watched them drive off in a white older looking police cruiser.

Austin police said Monday afternoon they can't release much information right now. The detective said at this point this is an isolated incident and it's an ongoing investigation.