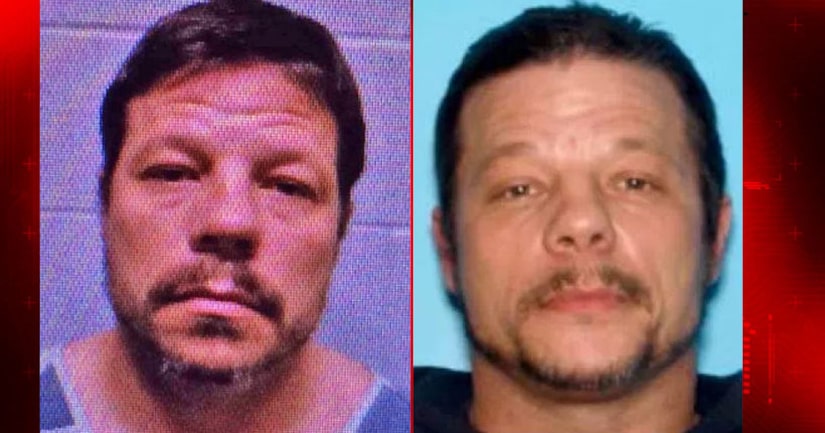 Around 6:30 p.m. Sunday, officers were called to reports of shots fired in the Wellston area.

Fortunately, the officers' injuries are non-life-threatening.

Vance then allegedly shot and carjacked a woman. She also sustained non-life-threatening injuries.

That woman's car was reportedly found at Triple X Rd. and Covel, where two people were found shot to death just before midnight.

Police believe that is where Vance stole a silver 2007 Mitsubishi Eclipse with an Oklahoma license plate, 943-LQQ.

Authorities also believe Vance is also connected to a shooting in Beckham County, in which one person was injured.

He was last reported to be driving westbound on I-40 near Sayre, Oklahoma, around 2:30 a.m.

According to a wanted posted released by OHP, Vance has a medical condition and may try to spread disease.

If you know of his whereabouts, call police immediately.

Do not approach the suspect.

He is considered armed and dangerous.

Police say Vance has been shot at least twice.

He was recently released from jail after being arrested for sexually assaulting a child.