UPDATE Nov. 30, 2017: William Greer is now back on U.S. soil and is currently in the custody of the Harris County Sheriff's Department, the U.S. Marshals Service said in a news release:

"The fugitive investigation for Greer gained momentum on Nov. 24 when U.S. Marshals developed information that led them to believe he was in Nacajua, a small town roughly 30 miles outside of the city of Villahermosa, Tabasco, Mexico. The information was shared with Mexican authorities who deployed to the location to determine if the new lead was credible. On Tuesday, authorities spotted a man matching Greer's description and quickly detained him. The man's identity was quickly established as the Most Wanted fugitive when authorities confirmed he was missing a toe, a unique physical characteristic that was widely publicized when he went missing." 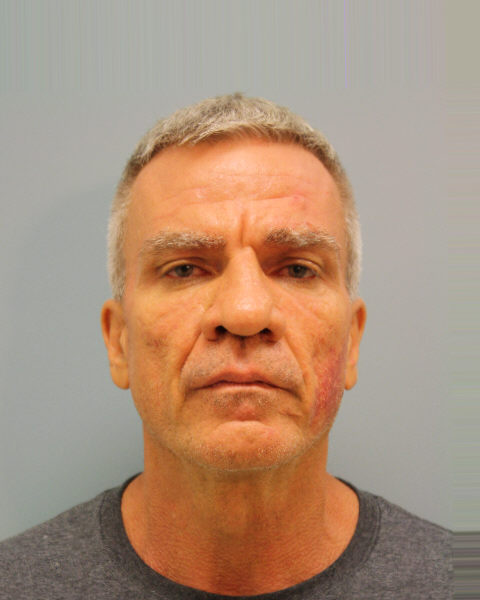 Greer was being held in Mexico Wednesday, Gonzalez said.

Ride along with investigators as they hunt for an accused killer. And this one is personal for our Michelle Sigona, who for nearly a decade has worked to track one of the U.S. Marshals' Top 15 Most Wanted fugitives: William Greer.

Crime Watch Daily is out on a manhunt with the feds in the wilds of Kentucky trying to track down a dangerous and elusive fugitive named William Greer, who has managed to stay one step ahead of the feds ever since he allegedly murdered his 26-year-old live-in girlfriend Tammy Esquivel with a shotgun nearly a decade ago.

And astoundingly, U.S. Marshals suddenly get the most promising lead they've had in all that time. Ironically, authorities had William Greer securely in their clutches just days after he allegedly shot Tammy Esquivel dead at their home in Cleveland, Texas, in December 2006. And Greer even allegedly confessed to the killing.

"He looks at me and he says 'The gun just went off and hit her in the chest. It was the most terrible thing I had ever seen,'" said Montgomery County, Texas Sheriff's Deputy Jonathan Dewey. But Dewey didn't believe him. "And he slipped through our hands."

Dewey was on patrol when he discovered an SUV abandoned in a flooded ditch by the side of the highway.

"Windshield wipers were going, headlights were on, engine was running, driver's door open, nobody around it," said Dewey.

Then the deputy shone his flashlight on a near-naked man walking toward him.

"No pants, no underwear, no socks, a short-sleeved buttoned-up shirt is the only thing he has on," said Dewey.

It was William Greer, the owner of the abandoned truck. Dewey says Greer was ranting that he just shot his girlfriend dead.

"At that point I was scared," said Dewey. "I didn't know what this guy was talking about. So I went ahead and handcuffed him."

"He seemed to be intoxicated," said Dewey. "I don't know whether it was alcohol or narcotics or what it was, but he was slurring his speech and so I just gathered all the information I could."

Greer was booked and locked up on a charge of public intoxication while detectives tried to determine if he really did murder someone.

"We covered every base we could that night," said Dewey.

But Deputy Dewey says there was no blood on Greer or his truck; there were no reports that Greer's girlfriend Tammy Esquivel had been shot; and detectives found nothing unusual at their house, or where Greer was found wandering nearly naked.

"They checked the whole entire area where we found him that night. They didn't find anything or any sign of Tammy," said Dewey.

Authorities had no choice but to release Greer the next day.

It would be more than a week later before they learned from Greer's ex-wife that their two young sons told her their father may have been telling them the truth, that he really had killed Esquivel with a shotgun, according to authorities, and that they had heard it happen from another room in the house while staying with their father.

"They were so scared to go back to that house where they knew Tammy had been killed, they finally told their mom something bad happened to Tammy," said Harris County, Texas Assistant District Attorney Katherine McDaniel.

Police say the children also told them their father was yelling and cursing at Esquivel before they heard a gunshot. There was no sign of her.

Investigators now have no doubt Tammy Esquivel had been shot dead when they found bullet fragments lodged in a wall, along with other signs of foul play.

"We were able to find some blood on the wall that would be consistent with someone aspirating or breathing out blood from their body," said McDaniel.

Esquivel's body has never been found. Investigators believe Greer disposed of it some time over the three days between when he allegedly shot her and when he was found wandering nearly naked in that field by Deputy Dewey.

"There has been a lot of theories that he took her body to the New Orleans area, where he hid out initially after the crime, and there's plenty of bayous and swamps in that area too where she could have been dumped," said McDaniel.

But Greer, who was 40 and owned a vending machine business at the time of Esquivel's murder, has one odd little distinguishing characteristic:

Tammy Esquivel, a divorced mom with two young kids of her own, had reportedly been treated like dirt by the hard-drinking, drug-taking William Greer from the moment they met.

"It immediately turned into a violent abusive relationship, not just physically but emotionally as well," said McDaniel.

Esquivel had often been seen cut and bruised after reportedly being savagely beaten by Greer before he allegedly inflicted his brutal, final act of abuse upon her.

And nobody would like to get their hands on Greer more than U.S. Marshal Leslie Ramin and his deputies, who have Greer on their 15 most-wanted list.

And they're not the only ones. I've been trying to find Greer for a decade too since he allegedly murdered Tammy Esquivel at their home in Cleveland, Texas in 2006, then vanished. I was able to track him to New Orleans, where he was working as a cook, and then to Kentucky, where I interviewed a couple of his girlfriends there. They all said the same thing: He lied about his name, his age, lied about who he was. And from that point he even went to a church in the area and was baptized. He's known to be a chameleon. He can blend in anywhere.

"He's literally living off the grid without an electric bill, without a driver's license, without paying income tax, without all the things you and I need to go in to continue our everyday life," said McDaniel. "He's circumventing the system."

And Greer's a big, strong, rugged outdoorsman who is experienced and knowledgeable enough to live out in the wild, wily enough to hide in a homeless shelter, and stealthy enough to move from place to place by hopping freight trains.

"Every time his face is in the news it pushes him out of his safe little hiding spot because he knows people are going to see it," said Ramin. "People are going to recognize him, and he has to move again, and that's been his M.O. all along."

This time we're hunting for Greer in Kentucky, where he is believed to have family, and where we're going door to door looking for his relatives or anyone else who may know where he is.

We find a someone who says he knows a man who fits the description of William Greer, right down to the missing toe. And the man says the guy he knows with the missing toe is named "Bill," too. Marshal Ramin thinks he could be about to get his man.

Could it really be William Greer?

Marshal Ramin calls in the cavalry. This is the biggest clue in the William Greer case. They're calling the whole task force in and we're going to go to the next property. It might be him. Ramin and his deputies put on their vests, strap on their weapons and get ready to roll.

"Our plan is basically to try to talk him into custody," said Ramin. "If he doesn't want to come out, come into custody easily, we'll surround the residence, set up a good perimeter and call in some guys with really specialized training to go in and get him if they have to."

And our tipster is going to lead the way. "He's gonna get in the truck with us and we're gonna drive out there and he's gonna point out the house," said Ramin.

"Greer's dangerous, so we're bringing out the task force and do it the way we normally handle a violent fugitive," said Ramin.

Ramin and his team have surrounded the house and are poised to make their move.

There's probably a few people living there and they are waiting for someone to come out of the house. And the reason for that is, so they can snatch that person, get information and figure out if Greer's inside. Because if he is inside they don't want him to run.

An elderly woman greets Ramin at the door, while a man, also elderly, stands behind her in the house. The woman is understandably shocked to see her house surrounded by armed agents as she walks out the door to speak with Marshal Ramin. The deputy proceeds cautiously in case Greer is inside. They say they don't know or recognize Greer.

The woman appears to be genuinely puzzled, but Ramin must make sure she's not covering for William Greer, who could be hiding inside the house.

Ramin questions the elderly man as as agents go in to search the house and other agents watch to make sure Greer doesn't slip out the back door. Soon Ramin's men emerge from the house, giving the sign that it's all clear, and Greer is not inside.

What appeared to be the biggest lead in the 10-year hunt for William Greer is suddenly the biggest disappointment.

"Our source turns out not to be so good of a source," said Ramin. But Ramin won't be deterred. "Eventually Greer is going to be caught and I hope I'm there when it happens.

"We're in Kentucky now. I'm gonna be in Tennessee," said Ramin. "I'm gonna be in Texas, Louisiana, Mississippi, Ohio, Canada, Mexico. Everywhere, you name it. This team and the Marshals Service will be looking for Greer under every rock, behind every tree, every little store, under every bridge, everywhere. So it's only a matter of time.

A reward of up to $25,000 is being offered for information leading directly to Greer's arrest.

Anyone with information is urged to contact the nearest U.S. Marshals office , or the U.S. Marshals Service Communications Center at (800) 336-0102, or email: usms.wanted@usdoj.gov . 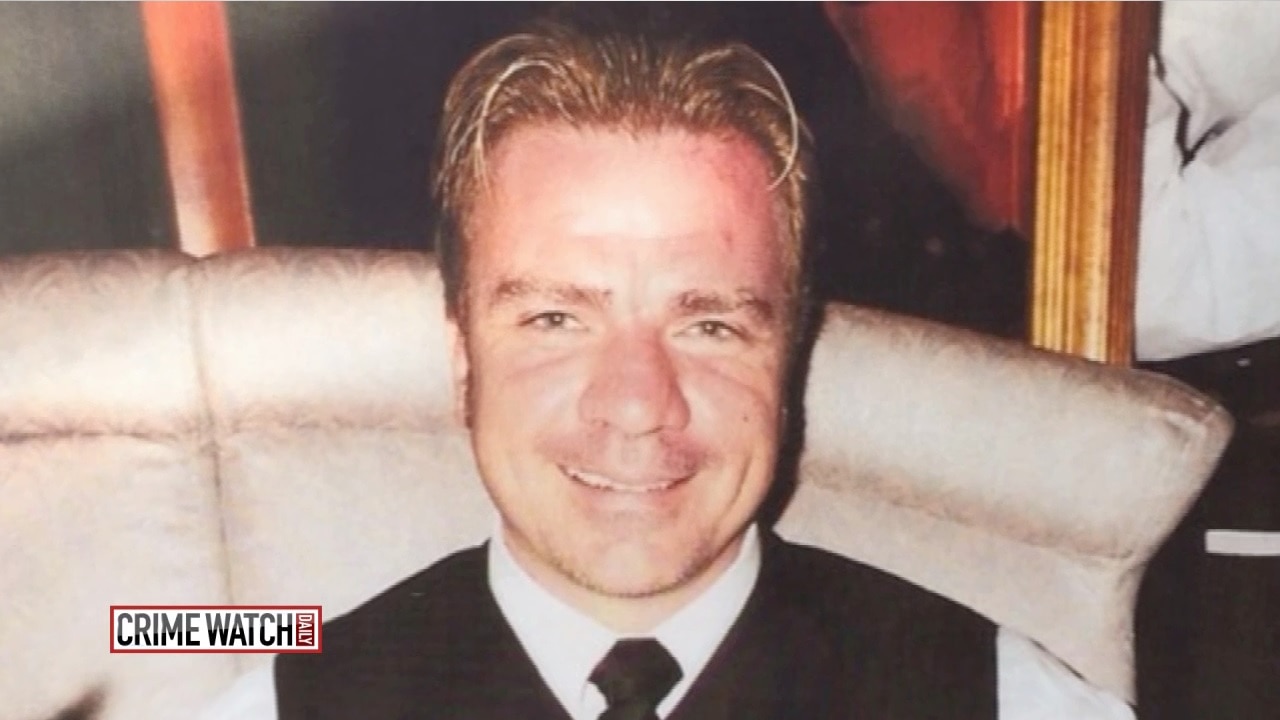 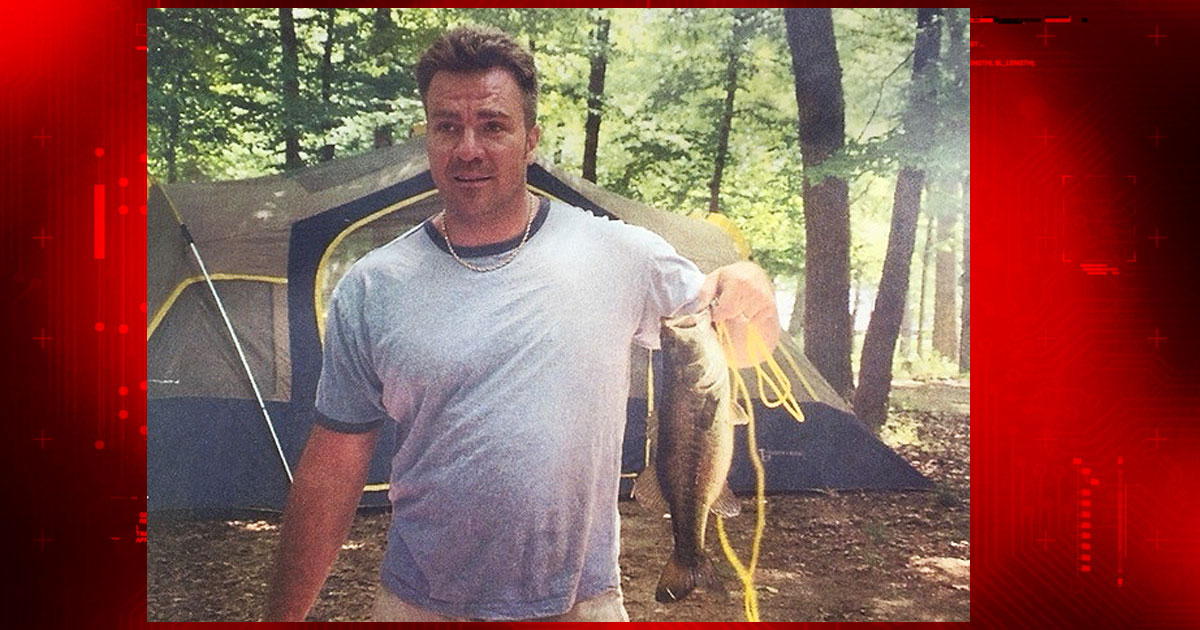 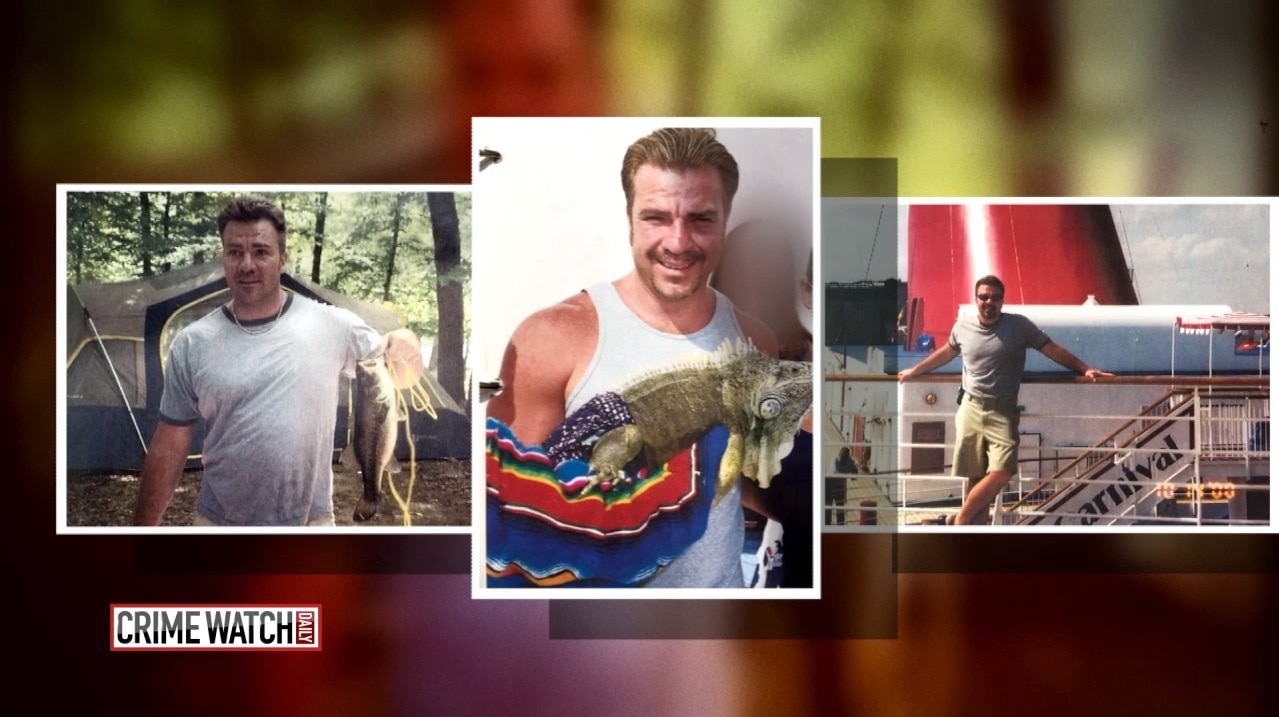