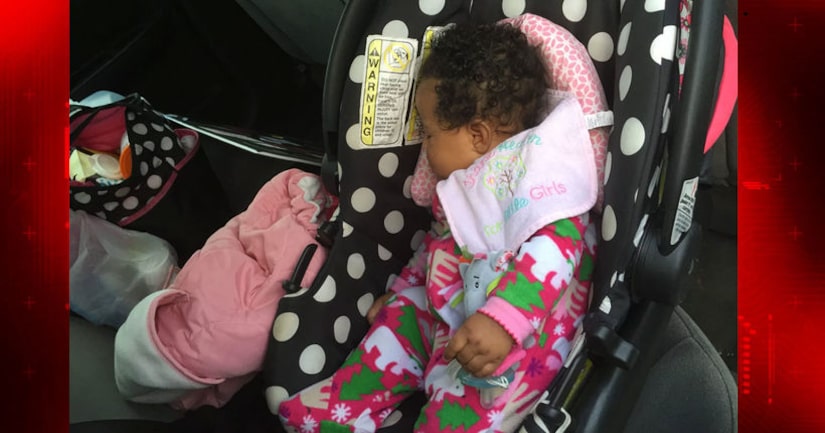 OVERLAND PARK, Kan. -- (WDAF) -- Overland Park police confirmed to FOX 4 Wednesday morning that they are investigating after a woman says a man walked up to her and her baby while they were in the checkout lane of an Overland Park Walmart and started choking her four-month-old.

Officer John Lacy says a shopper at the Walmart off 75th Street and Frontage Road saw the incident, which took place around 7:23 a.m., and tackled the man.

Police say the shopper restrained the man until police arrived.

Police say the suspect was taken into custody, and the baby is OK.

The baby's mother, Quisha Hill, told FOX 4 that she always shops at this particular Walmart, and on Wednesday she stopped in for a few items.

"I come in to grab couple items, and as I while I was at the counter top, speaking with the lady and bagging up my groceries, this random man comes out of nowhere and yanks the car seat out of the cart, has my baby, and he's like I'm taking the baby, I'm stealing her. I'm taking her. Call 911. Call 911," Hill said.

Hill says the man then began choking her child, and she began screaming for help. Nearby shoppers jumped in to help and wrestled the man to the ground.

According to Hill, the baby turned red for a few moments but is expected to be fine.

Hill adds the man appeared to be under the influence and at one point took the baby's car seat and put it over his head and tried to wear it like a hat.

“Our main concern right now is for our customer and her child," a spokesperson for Walmart said. "We're appalled this happened in our store, and we're working with police to make sure they have all the information they need.”

Hill says she's thankful for the people who stepped in to help save her baby.