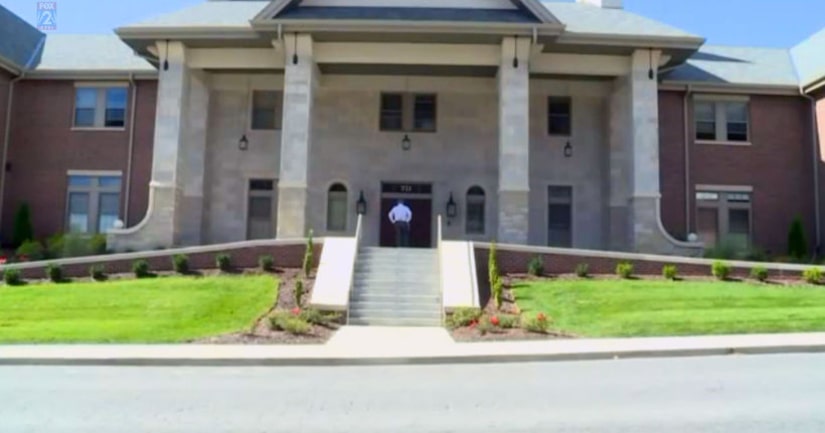 COLUMBIA, Mo. -- (KTVI) -- A University of Missouri fraternity already suspended for possible racial problems is under investigation for allegedly giving pledges date rape drugs and instructing them to use them on female students.

A Mizzou spokeswoman confirms both the Civil Rights & Title IX as well as the Student Conduct officers are investigating the Delta Upsilon fraternity. Dozens of pages of documents Fox 2 obtained reveal allegations of serving alcohol to underage students, hazing pledges and probably the most serious, the question of using date rape drugs.

The allegations against members of Delta Upsilon are serious. In a letter to the fraternity from the Office for Civil Rights and Title IX Assistant Vice Chancellor Ellen Eardley wrote, “Active members of Delta Upsilon fraternity allegedly provided each new member with three pills and instructed them to drug women for the purpose of incapacitating them prior to engaging in sexual activity. It has been alleged that new members are required to engage in such conduct in order to complete the initiation process.”

It was just last month the fraternity got in trouble for allegations of using racial slurs.

The documents are from police reports and the Department of Student Life, among other organizations. They contain claims from young women who believed they were drugged, including one about a pants-less female discovered in Brooks Hall who may have spread feces on a wall. She said she had been to a party at Delta Upsilon and had been drinking. Her friends said she was not acting normally and believe she may have been drugged.

Some people don't believe the accusations.

There are also accusations of hazing. A Delta Upsilon pledge was found in Lathrop hall with a bloody hand. He said he couldn't talk about it. According to the report he said, “They made us fight each other.”

Members of the local fraternity declined to be interviewed they directed me to the national office.

Delta Upsilon's national office released a state that said the university documents are deeply concerning and Delta Upsilon will not condone or tolerate such alleged activities. The documents also show that some of the alleged incidents, including the distribution of predatory drugs, were not pursued further by the police or the university. There have not been reports of sexual assault against the chapter.

The findings of the investigation could result in Delta Upsilon losing recognition from the school, which, for all intents and purposes, it would be closed down at Mizzou.

FULL STORY: University of Missouri fraternity under investigation for allegedly teaching pledges how to use date rape drugs - KTVI