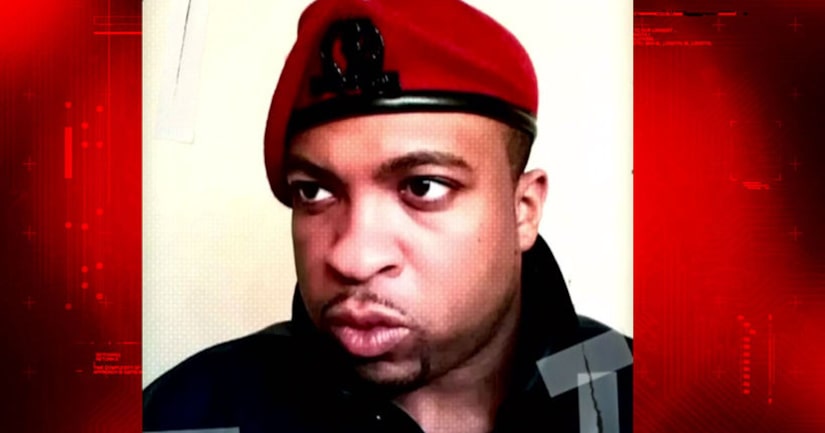 EAST BOSTON -- (WBZ) -- The man Boston Police say wounded two officers in a shootout was a constable for the City of Boston.

Kirk Figueroa, 33, was killed in a shootout with police outside his home at 136 Gladstone Street in East Boston late Wednesday night.

The two officers who were shot remain in critical condition after having surgery overnight at Massachusetts General Hospital.

The Boston City Clerk's Office confirmed Figueroa was a constable for the city, and was sworn in on July 12 of this year.

Constables are “peace officers” with limited policing authority, who handle eviction notices, subpoenas, and serve papers in civil lawsuits. They do have the power to make an arrest.

To become a constable in Boston, you have to have a Mass. driver's license with a Boston address, and prior experience or a certificate proving that you've gone through constable training -- the city does not provide it. In Boston, they serve three-year terms.

The city runs background checks on all applicants, and the mayor and city council make final approval -- however, applicants do not get a federal background check, which would have allowed authorities to check the applicant's criminal record in other states.

Boston Police Commissioner William Evans said Figueroa did have a criminal record, but in other states -- nothing in Massachusetts.

“When we do a background check on someone like that, we're not allowed to check the FBI database,” said Evans. “We didn't have the legal right to check on a constable license, because again, that only serves civil processes.”

Evans said Figueroa was armed with a tactical shotgun and wearing a ballistic vest when he confronted officers at his home.

“I don't think anyone could have anticipated how quickly this incident went violent,” said Evans.

They were called there for a report of an argument between two roommates, and when they arrived, Evans said, that's when Figueroa started shooting “without provocation.”

“I don't know what was going through his mind,” Evans said. “All I can tell you is, he was a dangerous individual, and our officers went in there unsuspecting of what took place.”

Evans said Figueroa did not have a license to carry a firearm in Massachusetts.

“He had no right here in Massachusetts to possess those guns that he had,” said Evans.

On Thursday morning, a car registered to Figueroa was towed from in front of the house.

A logo on the car said Elite Policing, which is a fugitive apprehension agency. There has been no comment yet from the company about Figueroa or the shooting.

On their website, Figueroa identifies himself as a “bail runner” with a military background in the United States Army Reserve.

According to business documents obtained by WBZ-TV's iTeam, Figueroa is listed as the president of Code Blue Protection.