A warning for everyone going to bars: If you think you aren't a potential target for someone looking to do some bad things -- think again.

In Michigan, police arrest two men, both accused of preying on innocent victims by drugging them and raping them.

Cops say the two men, Joshua Humphrey and Larry Stiff, are alleged partners in a long, twisted string of sex crimes in Muskegon, Michigan. The two men are accused of being serial rapists who drugged dozens of unsuspecting women.

As investigators dig into the case, a slew of women come forward with lurid tales of blacking out and waking up barely clothed with hazy memories of the previous night.

"The police have identified nearly 25 other women in the course of these investigations, and we're reviewing those matters as that evidence is collected," said Timothy Maat, chief assistant prosecutor of Muskegon County.

And while police have not yet linked the duo to other alleged victims, prosecutors say Humphrey and stiff allegedly slipped their victims antidepressants and anti-epileptic meds.

Humphrey also reportedly filled a prescription for the potent painkiller Tramadol 22 times in a six-month period.

"We consider both of these men to be predators who are very dangerous, and if left out on the street they could victimize others," said Maat.

A number of alleged victims have come forward. Some have testified in court, looking for solace in helping each other.

The women do not want their identities to be revealed. The women find great comfort in talking with each other. Some agreed to speak to Crime Watch Daily Grand Rapids, Mich. Affiliate WXMI.

Humphrey and Stiff are awaiting trial and have not entered pleas. The duo is charged with several criminal counts, including first-degree criminal sexual conduct in three separate cases so far. 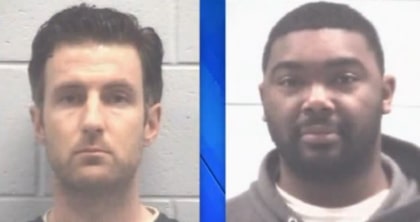