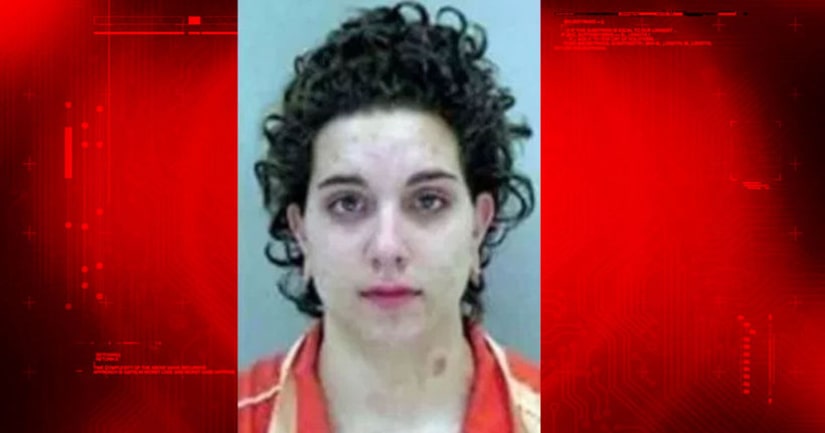 MAGGIE VALLEY, N.C. -- (WGHP) -- A young North Carolina woman admitted Monday that she killed her father when she was 17, hiding his body for a month inside a plastic container in the family's storage shed, WYFF reported.

Crystal Brooke Howell, of Maggie Valley, North Carolina, shot her father, Michael Howell, in the head on February 24, 2014, while he napped.

House guests staying in the family's cabin near Maggie Valley found his body on March 22.

“Miss Howell had previously told her friends that her father had killed himself,” Assistant District Attorney Jeff Jones told WYFF. “She then started to drive his car and spend his money. She had her friends move in, had a drug-fueled party and even had a stripper pole installed in the kitchen.”

Crystal Howell, now 20, pleaded guilty Monday to first-degree murder and concealing a death/failing to report a death not from natural causes.

She was sentenced to 60 to 84 months in prison for the second charge, followed by a minimum of 25 additional years for the murder charge to be served before she can apply for a parole hearing.

“It's shocking that a young woman kills her father,” District Attorney Ashley Welch said. “But the fact that Howell then began to spend her father's money, use his house and drive his car – all after hiding his body and the evidence of her crime – that's the motive. She wanted to live on her terms at the expense of Michael Howell's life. It's very sad.”