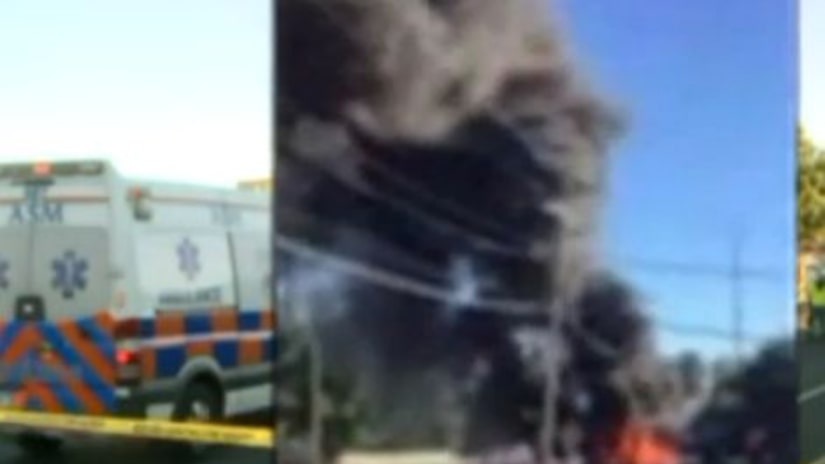 EAST HARTFORD, Conn. -- (WPIX) -- A small airplane crash near Hartford that killed one of the two occupants is now the subject of a FBI investigation, the National Transportation Safety Board said Wednesday.

It was unclear which of the two died.

The survivor allegedly told federal authorities the crash wasn't an accident, the NY Times reported. The mayor of East Hartford reaffirmed the claim to the Associated Press.

An initial investigation found the crash was the result of an intentional act, the NTSB said, adding that the FBI would now take the lead into the incident investigation.

Officials identified Feras M. Freitekh, 28 as one of the occupants, according to the report. Court records show Freitekh had lived in Oakland Hills, Ill. Federal Aviation Administration records indicate he had a private pilot license and was certified to fly single-engine aircrafts.

Two people who were in a vehicle near the crash have also been taken to the hospital for minor injuries.

The site of the crash is near a facility owned by Pratt & Whitney – an aerospace manufacturer that builds engines for civil and military aviation.

Police would not say if the raid is connected to the plane crash investigation.