Sex, power, jealousy and murder: A crime with so many twists and turns, Hollywood is bringing it to the big screen.

And in an exclusive interview from behind bars, one of the two killers makes a startling statement that raises a nagging question of just who did what in this twisted tale of sex and savagery.

Joe talked Harlow into getting out of the Navy and moving in with him.

"And Harlow became dependent upon him for his house, clothing, car, for his food, and all of his daily expenses were covered by Joe," said by Stoner.

Joe was also pimping Harlow out for what Joe says was $1 million a year in his sex business.

"He got me involved in male escorting, which is like being a 'call boy,' literally," said Harlow. "They called me and I went to their home. It was the first time I've ever done anything like that. I didn't even know that such a thing existed."

"Their romantic relationship ran alongside their business relationship," said Stoner. "At the same time they were lovers, they were also out working and providing sex and escort services to other clients."

Both of them made a fortune from clients paying huge sums of money for the services of Harlow, who looked underage.

They became so successful Joe wanted to expand into the adult movie business. But their movies weren't making enough money to support the couple's lavish lifestyle.

"And it was a mountain of debt that was going to fall in on them because they weren't able to generate enough income over time to pay all those bills," said Stoner.

They contact Lockhart and his manager, Grant Roy, and the four eventually meet in Las Vegas to discuss the deal while they are all there for an adult entertainment convention.

"Joe and Harlow viewed this as an opportunity to wow Sean, so they went all out in terms of purchasing expensive meals, and offering gifts and things of that sort," said Stoner.

"They offered an obscene amount of money to do a couple of scenes, and I said 'This is ridiculous. You guys are out of your minds,'" Lockhart said in an online interview.

"Sean is trying to break free," said Stoner. "He wants to make his own movies. He wants to have more of the money from the movies. He's begun to see they are making a lot of money and he is not getting as much as he should, and Bryan is not willing to let him loose."

But Joe and Harlow have a plan, Harlow asking Sean and Grant during their meeting: "What if Bryan Kocis went away and didn't come back? Wouldn't that solve the problem?" said Stoner.

Sean Lockhart and Grant Roy don't like what they're hearing.

"Sean came away from that meeting frightened of Harlow and Joe and what their intentions were," said Stoner.

Firefighters rush to a blazing house in the Wilkes-Barre suburb of Dallas in Pennsylvania on January 24, 2007. When the fire is extinguished, the body of Bryan Kocis is found lying on a couch among the ashes. Investigators say Kocis didn't die in the fire that took place right here. He was dead already, stabbed more than 25 times, his throat cut ear to ear.

"The only way to identify him at autopsy was through dental records because he was so badly abused," said Stoner. "And the fire itself was no accident. It was intentionally set to cover the killers' tracks."

Disgruntled actor Sean Lockhart and his manager Grant Roy had been locked in a bitter legal battle with Kocis over the ownership of Sean's screen name "Brent Corrigan."

"So the day after the fire we looked at them as possible suspects because of the litigation going on," said Dallas Township Police Ass't. Chief Douglas Higgins. "Obviously they come to your radar very quickly."

But it is learned that both Lockhart and Roy were 3,000 miles away at their home in San Diego at the time of the murder.

Police turn their attention to somebody else they discover was at Kocis's house on the night of the killing.

"Through the investigation we knew that he that he had a model coming over to visit him by the name of Danny Moylen," said Higgins. Police had uncovered numerous emails between the two that revealed Kocis had set up an audition shoot for Moylen.

"We were able to pull up Danny Moylen's application and on there was a picture of Danny Moylen," said Higgins.

And after distributing the picture, cops get some surprising news.

"We got numerous calls from the Virginia Beach area saying this isn't Danny Moylen, this is Harlow Cuadra," said Higgins.

Police learned Harlow had even called Sean Lockhart after the Kocis murder.

"And said 'Looks like our guy took care of things for us,'" said author Andrew Stoner.

Police find credit-card records and surveillance video showing Harlow and Joe had traveled to Pennsylvania just before Kocis's murder, rented the same car that was seen outside his house the night of the killing, and bought an expensive knife at a pawn shop.

And when cellphone tracking records place them both near the house on the night of the murder, investigators know what happened. Harlow, posing as that auditioning model calling himself Danny Moylen, had turned up for his appointment with Kocis.

"So Joe's in the car. Harlow is inside," said Higgins. "They're drinking wine. Bryan at the time is in a good mood. Harlow saw the opportunity when Bryan let his guard down and just cut his throat."

And then stabbed Kocis a total of 28 times.

Police get a search warrant for their house and find several of the items stolen from Kocis's home. But there is no sign of Harlow and Joe.

"Harlow and Joe lived on the run for many months," said Andrew Stoner.

Joe Kerekes tells Crime Watch Daily in a phone interview from prison: "We high-tailed it down to South Beach, Miami, and set up shot for five months. Bought a condo and were escorting down there and we were paranoid."

But Joe still thinks they'll get away with the murder, and continues to contact Sean Lockhart about doing a film project.

Sean Lockhart and his manager Grant Roy have told the authorities Joe Kerekes has been contacting them. And they help police and the FBI set up a sting to not only capture Joe and Harlow, but also get the pair to confess to the murder of Bryan Kocis.

"This is where they walk right into the hands of the FBI, who decided to have Mr. Lockhart help them audiotape Joe and Harlow," said author Andrew Stoner.

Sean Lockhart and Grant Roy invite Joe and Harlow to San Diego for a business meeting at -- of all places -- a nude beach.

Harlow Cuadra and Joe Kerekes are arrested and charged with the murder of Bryan Kocis, along with other associated felonies.

In a telephone interview with Crime Watch Daily from prison, Joe Kerekes says at first they had second thoughts about going through with the murder.

"Second thoughts occurred when I got a little tipsy drinking," said Kerekes. "And I said 'Harlow we do not need to do this, we have way more money than Kocis.' And he says 'All right, let's not do this, we've just wasted all this time and all this money.' And when he said that, he knew that strikes to the core of my being, and I don't like wasting time or money, so I said 'F--- it, we'll do it.'"

Harlow recalls how Joe tried to comfort him after they were arrested.

"He held my hand and said 'Just be strong Harlow. We're going to get through this. Don't do anything stupid,'" said Harlow. "It's the last time I ever touched him."

After pleading guilty to a number of charges including conspiracy to commit arson, evidence-tampering and second-degree murder, Joseph Kerekes is sentenced to life without parole.

But Harlow Cuadra has now had a change of mind, pleading not guilty and going to trial with the defense that it was Joe, not him, who did the actual physical killing of Bryan Kocis.

Harlow claims that while he was in the home of Kocis on the night of the murder, posing as a model and getting acquainted with him, Joe went crazy, slashed Kocis's throat and stabbed him a total of 28 times before setting him and his house on fire.

But the jury didn't buy it, and Harlow Cuadra was found guilty and sentenced to life without parole, still proclaiming his innocence to this day.

In his phone interview with Crime Watch Daily, Joe Kerekes for the first time appears to confess that he was actually the one who wielded the knife.

"I was in there, I heard it, I was jealous, and I said this is enough," said Kerekes. "And that's the first time any news outlet, anybody has ever gotten it right. Different levels of involvement maybe. But never gotten their finger on it, because the prosecution never did."

But Kerekes would later retract that statement with one of our producers in subsequent phone conversations. Why did he want to do that?

"Well because I had such a wonderful loving relationship with Harlow for so many years and I still consider him the love of my life, and I wanted to do something to help him," said Kerekes.

But which is the real story?

"I guess there's nothing I can say that would absolutely convince people that the physical act wasn't done by me," said Kerekes. "Though my hand did not swipe Kocis's neck physically, it did in every other sense."

It's a mystery that will probably only deepen with the release of the new movie King Cobra. 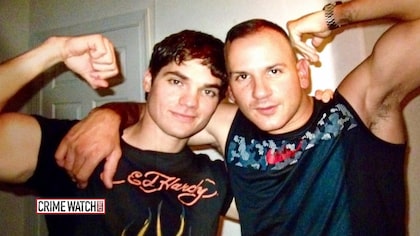