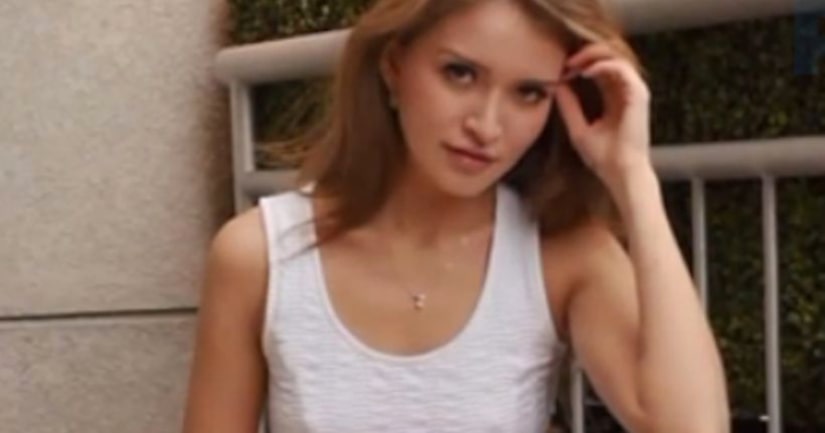 NEW YORK -- (WPIX) -- A woman who accused former New York Gov. Eliot Spitzer of assaulting her remains in custody under $1 million bond Tuesday evening after being arrested on suspicion of extorting about $400,000 from Spitzer over two years.

Svetlana Travis Zakharova, 26, made her first appearance before a judge Tuesday afternoon in Manhattan criminal court.

An assistant district attorney from the Bronx had been appointed to handle the Manhattan case because Manhattan DA Cy Vance has recused himself because his office has close ties with the former governor.

The prosecutor presented damning evidence against Zakharova, who spent the entire 15-minute hearing shaking heavily from head to toe and weeping with her head in her hands.

The prosecutor said that over the course of the last two years, Zakharova had taken $400,000 from Spitzer in individual payments ranging from $3,000 to $50,000 in exchange for keeping silent about details of their relationship.

She had threatened to go to the media and to Spitzer's family with the information, the prosecutor said, and she had harassed his family.

Investigators were able to track down the payments and the alleged extortion by following a trail of text messages and by following Zakharova's bank transactions.

The prosecutor said Zakharova would request by text specific payment amounts from Spitzer, and once he'd paid, she'd deposit the same amount into a bank account in her native Russia.

She is also under investigation for extorting tens of thousands of dollars from another man, as well as forging his name on a high-end lease agreement, according to the prosecutor.

He said that his office is also investigating Zakharova for prostitution and identity theft.

At this point, there's been no word from Spitzer or his attorneys regarding this case. The ex-governor stepped down in disgrace eight years ago amid a prostitution scandal. Then, last February, Zakharova accused Spitzer of trying to choke her in a suite he'd booked for them in the Plaza Hotel on Fifth Avenue. She'd claimed he'd done it in order to prevent her from leaving for Russia.

She eventually left but within a month the investigation into the alleged choking incident by Spitzer turned instead into an investigation of extortion by Zakharova.

The NYPD, suspecting that she would eventually return to the U.S., put out an alert at all entry points to the country. When Zakharova landed at JFK Monday evening, she was immediately taken into custody.

She has yet to post the $1 million bond the judge gave her. Her court-appointed attorney had no comment after Tuesday afternoon's hearing.