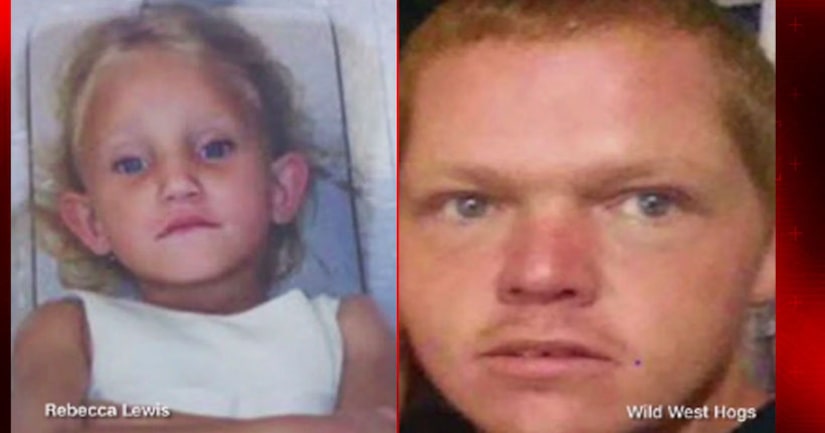 LAKELAND, Fla. -- (WKMG) -- A missing 4-year-old Central Florida girl has been found safe in Memphis, Tennessee., according to reports.

"Rebecca Lewis has been recovered in Memphis and is safe," tweeted the Tennessee Bureau of Investigation. "West Hogs is in custody."

WREG CBS station reports Rebecca Lewis was found near Walnut Grove and I-240 and is at a local hospital in Memphis.

An Amber Alert was extended as far as Kentucky after she was spotted near the Tennessee border with a man whom authorities believe abducted her, authorities said.

Rebecca, of Lakeland, and a family friend who legally changed his name to Wild West Hogs, 31, were first spotted on surveillance video around 6:30 p.m. Saturday at a Georgia gas station just off Interstate 75, the Polk County Sheriff's Office said.

Rebecca, who appeared to be OK, was wearing a pink dress, deputies said. Hogs was wearing a light-colored T-shirt and blue jeans.

The Tennessee Bureau of Investigation said it received a credible report of a sighting of Rebecca and Hogs on Sunday night. The Polk County Sheriff's Office said a park ranger in Campbell County, Tennessee, reported seeing a man and child matching the description of Hogs and Rebecca at Cove Lake State Park not far from the Tennessee-Kentucky border.

Hogs was most recently spotted in Nashville at 2 a.m. Monday, according to the Polk County Sheriff's Office.

Judd said Hogs is a friend of Rebecca's family, but added that Hogs was asked to leave the family's home more than two years ago after pulling a gun on them.

The Sheriff's Office worked with the FBI and Florida Department of Law Enforcement to find Rebecca.

Investigators said Hogs showed up Saturday morning at the family's Polk County home and left with Rebecca. The girl's 16-year-old sister said she saw Rebecca sleeping around 9 a.m., but when she woke up again 45 minutes later, her sister was gone.

The family searched for Rebecca for an hour before calling law enforcement, investigators said. Deputies searched the home and nearby areas.