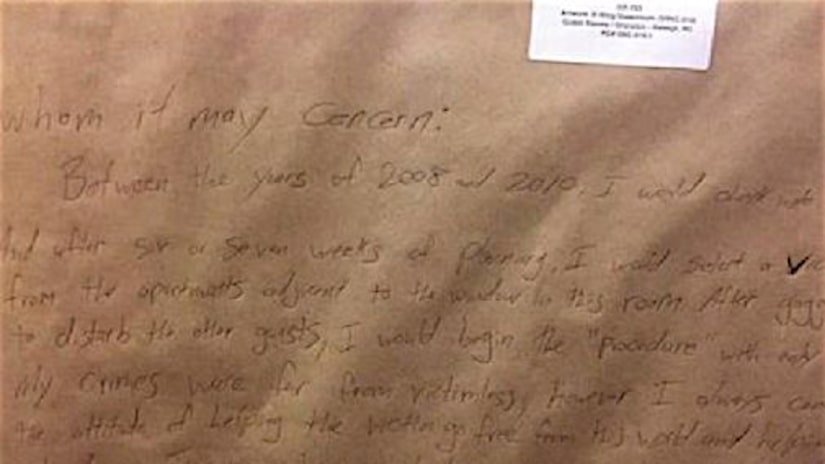 A contractor in Raleigh discovered something very unusual while doing renovations at the Sheraton Hotel in Raleigh.

The man, who did not want to be identified, said he was removing old furniture on the seventh floor. After removing a wall portrait, he said he noticed a handwritten note on the back.

"I can't even explain it. It's something that you see in the movies," he told the ABC-affiliate WTVD.