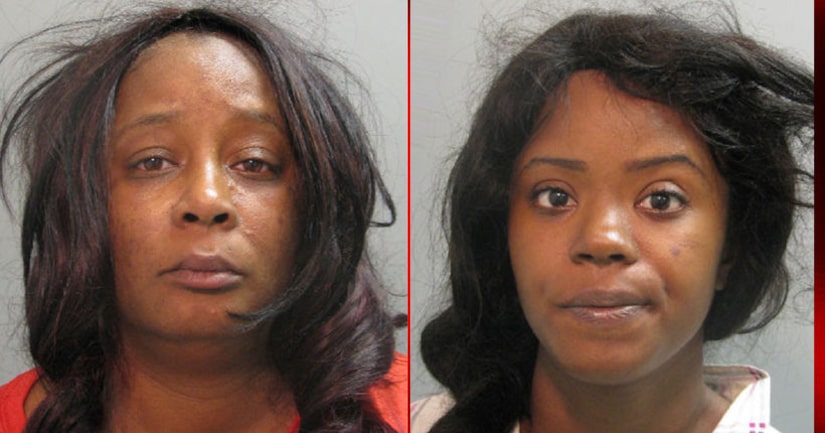 HOUSTON -- (KIAH) -- Two women had a 4-year-old child with them when they were involved in a drug deal which went awry at a north Houston motel Monday evening, according to investigators.

According to the Harris County Pct. 4 Office, Raynisha Smith and Uranus Maxwell were meeting with a man to conduct a drug deal around 7 p.m. near the 16500 block North Freeway Service Road when police said the three of them got into an argument because one party felt it was being slighted.

During the confrontation, Smith pulled out a handgun and fired at the man. The victim's condition is not known.

Deputies said Smith then fled the scene in a car driven by Maxwell, and investigators said a 4-year-old was with them. It was not known how the child was related to the women.

When deputies later found Maxwell and Smith, the two were asked to get out of the car. Upon searching the vehicle, officers discovered marijuana and a loaded handgun in the vehicle's backseat. Investigators said the handgun found in the car had been reported stolen almost a year ago from the Atascocita area. Officers also found a prohibited weapon on Maxwell, investigators said.

“Quick response time by deputies enabled them to stop the vehicle the shooter was in prior to her leaving the motel property and detain all occupants within the vehicle,” Constable Mark Herman said.

Both women were arrested and taken to the Harris County Jail.

Smith was charged with aggravated assault with a deadly weapon her bond was set at $10,000.

Maxwell is charged with marijuana possession and possession of a prohibited weapon. Her bond was set at $2,500.