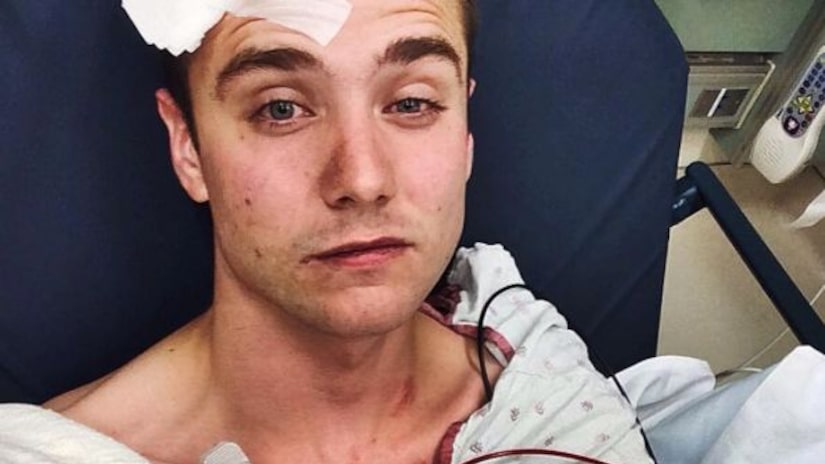 LOS ANGELES -- (KTLA) -- A British YouTube personality has ben charged with vandalism after he falsely claimed he had been attacked by three men in West Hollywood, the Los Angeles County District Attorney's Office said Thursday.

The incident occurred on June 26 outside of The Abbey and Calum McSwiggan later posted a photo of himself on Instagram on a hospital bed with a bandage on his head.

“With three broken teeth and six stitches in my forehead, I've never felt so terrified to be a gay man in the public eye,” McSwiggan wrote in the post.

McSwiggan talks about lesbian, gay, bisexual and transgender issues on YouTube, according to the BBC.

After being charged McSwiggan took to Facebook and said that while he had caused his injury that required stitches, he insisted that he was attacked, though his memory of the incident was “hazy.”

“Just because there were no visible marks on my face does not mean I was not attacked,” he wrote.