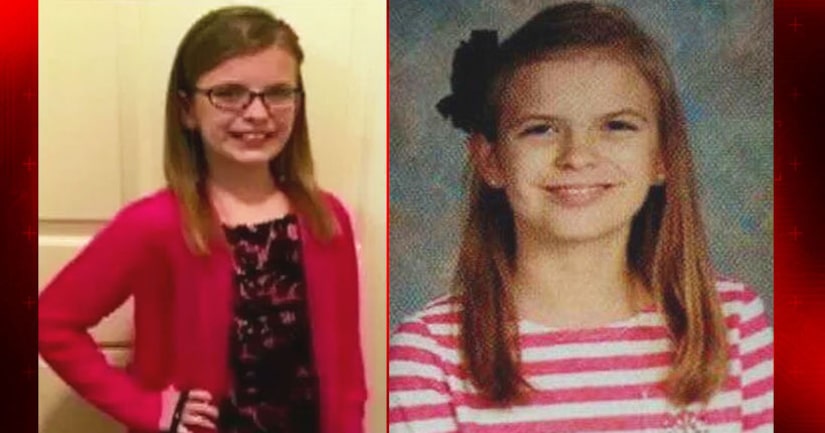 CATAWBA COUNTY, N.C. -- (WSOC) -- Police are looking for an 11-year-old girl who was last seen Tuesday afternoon after getting off a Catawba County school bus and heading home, according to officials.

She was last seen wearing a pink shirt and capri jeans.

Officials said she got off the bus around 2:40 p.m. Tuesday. The bus driver saw her walk toward the back of her home, which is normal, according to police.

When Emily's mother got home about 15 minutes later, she couldn't find her daughter. After a quick search of the area, she called police.

Catawba County schools released a statement saying that the family also contacted the district and reported that Emily was not at home and that she was missing. The administration said it has reached out to other families at the school to see if they have any information that could help in the search for Emily.

Emergency crews have set up a command center and resumed searching for the girl at 7 a.m.

Overnight, officers used K-9s during a grid search in an attempt to find the girl but came up empty.

FBI agents were at the girl's house on Hudson Chapel Road Wednesday morning, speaking with her parents as well as taking photographs of the home and an RV.

Officials told Channel 9 on Wednesday that they are handling Emily's disappearance as a missing persons/runaway case and do not think there has been any foul play.

“The investigation is geared towards her safety and there's some things we just can't disclose at this time because we don't want to jeopardize what we are concerned of at this time,” said Catawba Police Chief Dwane Coozen.

Investigators said the girl did not go to school for several days prior to attending class on Tuesday, and knew she was in trouble.

Police are interviewing classmates and will be conducting an investigative roadblock on the road near Emily's house between 2 p.m. and 4 p.m., stopping drivers who take that way home to see if they saw anything unusual.

“We've done searches, we've done two dog searches, we did a canvas of the neighborhood,” said Coozen. “My concern is that she is 11 years old. She's out there…it's a different world than what is was years ago. The survival part…knowing how to cope with things she may run into.”

He told Channel 9 that Emily lives with her father and stepmother and doesn't have a cellphone or any money.

The SBI and FBI are helping the sheriff's office in the investigation.

Contact the Catawba County Sheriff's Department at 828-464-3112 if you have any information.