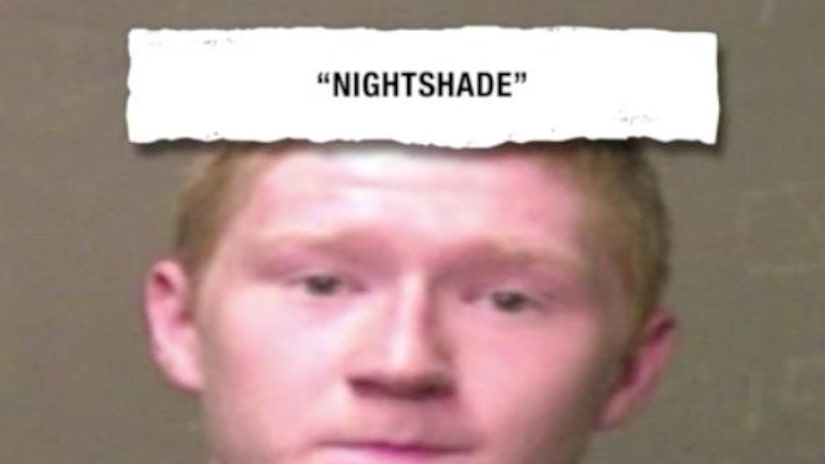 Detectives said Cheyenne Edgemon calls himself 'Nightshade' and used the name to sign a series of unusual messages to the victim.

The Oklahoma County Sheriff's Office was first notified in June.

"Someone had placed several items on their vehicle, notes that were written sort of like a ransom note where you would cut out letters from a magazine to form sentences," said Mark Opgrande with the sheriff's office.

In one delivery appeared a USB with a distorted audio recording.

According to a court document, Edgeman told the victim “I have absolutely no intent to harm you or your family.”