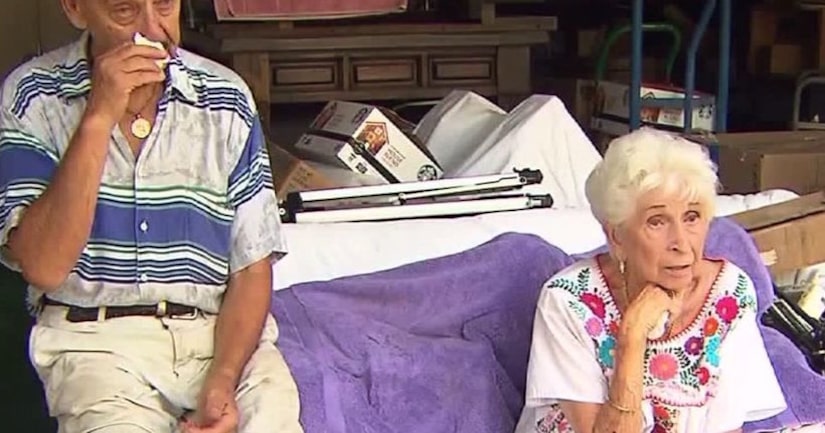 THOUSAND OAKS, Calif. -- (KTLA) -- A couple in Thousand Oaks has given up fighting an eviction from the home they've lived in for nearly six decades after their grandson allegedly mortgaged it away and sold it without their knowledge.

Helen and Hank Kawecki are scheduled leave their home this Saturday.

They will move in to a mobile home in a senior living community in nearby Newbury Park, thanks to the generosity of the community and neighbors who helped raise nearly $125,000 on their behalf.

The Kaweckis, both in their late 80s, have been facing eviction for months after they signed over the deed to the home to their grandson, who allegedly mortgaged the property to the maximum with three loans and defaulted on all of them, the couple said.

The relative -- identified by by the Ventura County Star as Chadd Moore -- also allegedly sold the house without their knowledge.

FULL STORY: Couple in their 80s loses home after allegedly being scammed by grandson - KTLA