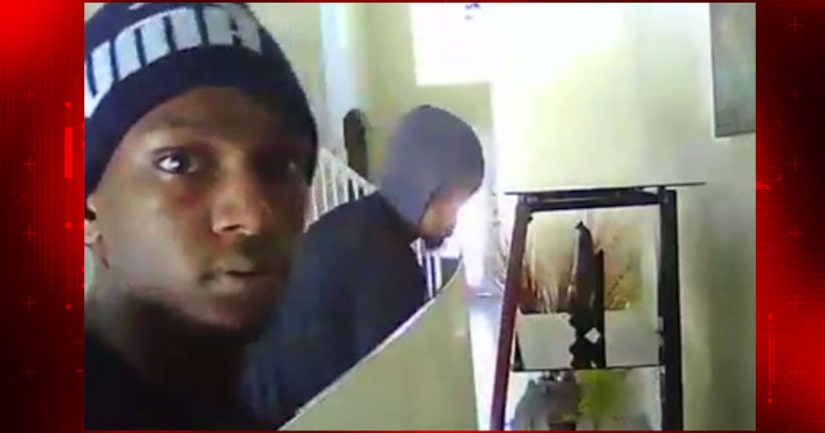 OCOEE, Fla. -- (WKMG) -- Three men who remain at large were caught on video making their way through a home on Beazer Drive, in the Windsor subdivision in Ocoee.

On the video, they can be seen grabbing electronics.

“Initially, I was nauseated,” the homeowner said. “My wife was pretty upset.”

The homeowner didn't want to be identified, and said Tuesday he is nervous the thieves might come back.

“I don't really think these were just rookies,” the homeowner told News 6. “I think these people knew what they were doing.”

In the video, the crooks disappear into the first bedroom, then seconds later, two of them rush out into the living room and start grabbing the flat-screen TV. One of them even looks straight into the camera, adjusting it and continuing to pull the TV from the wall. His buddy helps him carry it out.

“(We) found that our front door had been kicked in and that we were missing a number of items," the homeowner said.

From televisions, computers and jewelry, the thieves ransacked the house as they searched for more items.

“They came in and spent six minutes,” the homeowner said. “They ransacked the bedroom (and) turned all the doors inside out.”

Since then, the doors have been boarded up. The homeowners are still on edge, but they said they hope someone will recognize the crooks' faces.

The crime took place about 11 a.m., the family said, but their neighbors — despite being home — didn't see or hear anything.

Anyone with information is asked to call the Ocoee Police Department.