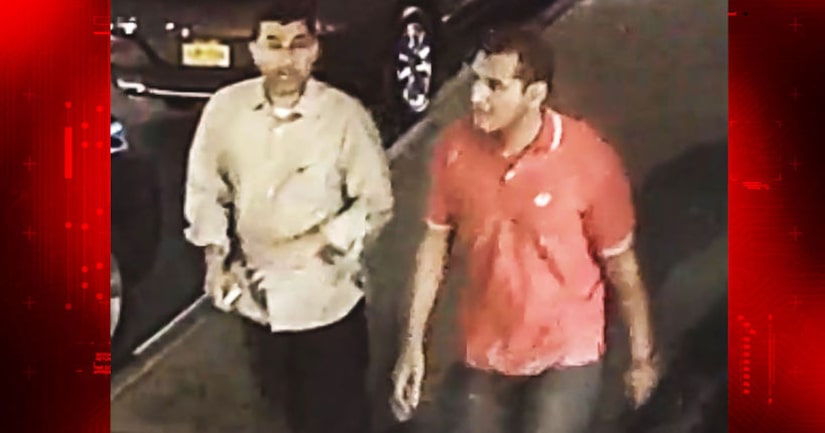 NEW YORK -- (WPIX) -- A photo was released Wednesday showing two men who allegedly found a pressure cooker bomb inside a suitcase in Chelsea during the same hour that a blast went off just blocks away.

Federal authorities want to speak to the men about what they discovered Saturday night along West 27th Street between Sixth and Seventh avenues. They also want to recover the luggage the pair took.

“They are witnesses. There are no criminal charges. They are not in jeopardy of being arrested,” NYPD counterterrorism bureau chief Jim Waters said.

The men apparently found the luggage on the sidewalk, took out its contents — possibly without even knowing they were handling an explosive device, left the bomb on the pavement and walked away with the bag.

Investigators hope the pair will have information that could help them piece together what happened Saturday night in the busy Manhattan neighborhood.

The bag was likely placed on the sidewalk about 8:30 p.m., about the same time an explosive device was detonated on West 23rd Street, injuring 29 people. Earlier Saturday, a bomb went off at a charity in Seaside Park, N.J. And late Sunday, another explosive was detonated in Elizabeth, N.J.

Ahmad Khan Rahami, 28, was arrested Monday morning in connection with the blasts in Chelsea and Seaside Park.

The subject of a manhunt that spurred an emergency alert sent to cellphones in the New York area, Rahami was found sleeping in the hallway of a bar in Linden, N.J. The business' owner discovered Rahami and, thinking he was a vagrant, called police.

When officers arrived, they recognized the sleeping man as Rahami and a shootout ensued. The suspect was struck multiple times and three officers were hurt.

Rahami remained in the hospital Monday and has not been medically cleared to speak with police, Waters said.

Federal charges were filed Tuesday against Rahami. They are use of a weapon of mass destruction, bombing, destruction of property and use of a destructive device. He also has been charged with attempted murder of law enforcement in Linden.

All the officers injured in the suspect's takedown have returned home. 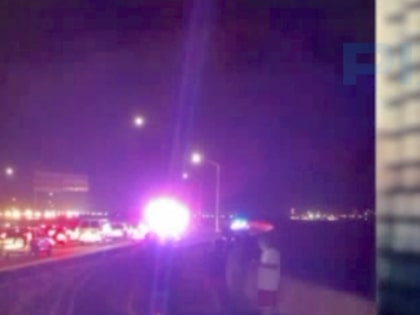