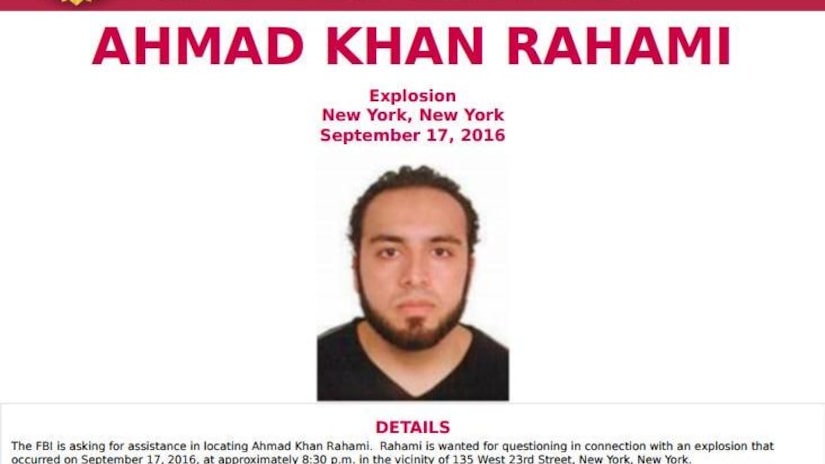 NEW YORK -- (WPIX) -- A New Jersey man who is considered "armed and dangerous" is wanted in connection to a bombing in Chelsea over the weekend that injured 29 people, the FBI said Monday.

Ahmad Khan Rahami, 28, is wanted for questioning in connection to Saturday's explosion in Chelsea, the FBI and NYPD tweeted.

An emergency alert was sent to people's cellphones shortly before 8 a.m. asking people to call 911 if this man is spotted.

"The important thing is to get this individual quickly and to continue to be strong and vigilant," NYC Mayor Bill de Blasio tweeted.