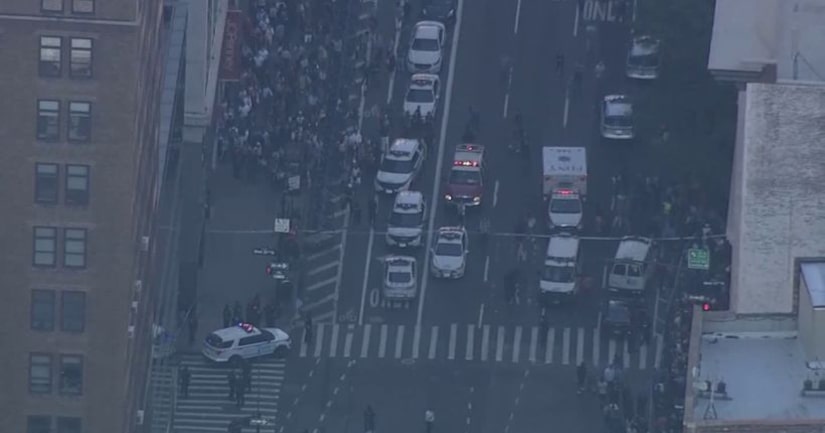 The attack happened just before 5 p.m. in the area of West 32nd Street, between Sixth and Seventh Avenue in midtown.

Police say the officers encountered the man who was holding a meat cleaver, which he allegedly used to harm the officers, and fired several rounds, striking the suspect.

The officers suffered a head injuries and were transported to the hospital in unknown conditions. The culprit was taken to a hospital in critical condition, sources said.

A large police presence was visible in the area just as rush hour began. Throngs of pedestrians were seen on the sidewalks, which were lined with police tape and surrounded by marked NYPD cars.