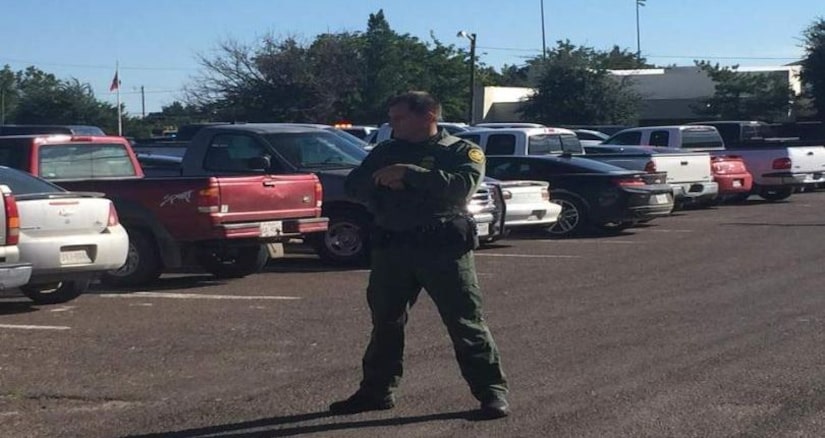 ALPINE, Texas -- (KBTX/AP) -- A suspect in a shooting at Alpine High School is dead from an apparent self-inflicted gunshot wound and one student and a law enforcement officer have been injured, according to a Marfa Public Radio report.

The suspect shot the student and the law enforcement officer may have been hit by friendly fire, according to local media reports.

Police in the West Texas town earlier said they were dealing with an "active shooter" situation and schools were locked down as officers searched for a suspect.

Police dispatcher Scarlet Eldred had no immediate information on whether anyone was hurt in the unspecified incident shortly before 9 a.m. Thursday.

She didn't immediately provide additional information, other than the person was a male.

The Alpine Independent School District website says the town of about 5,900 residents has an elementary school, a middle school and a high school.

CNN reported the shooting occurred at the high school and said one person was shot and that two suspects were involved.

High school students were taken to the Jehovah's Witness church in Alpine.

Texas Department of Public Safety Lt. Elizabeth Carter said someone took a gun to the high school Thursday morning, but had no further details.

At Sul Ross State, officials ordered a campus-wide lockdown and asked those on campus to shelter in place.