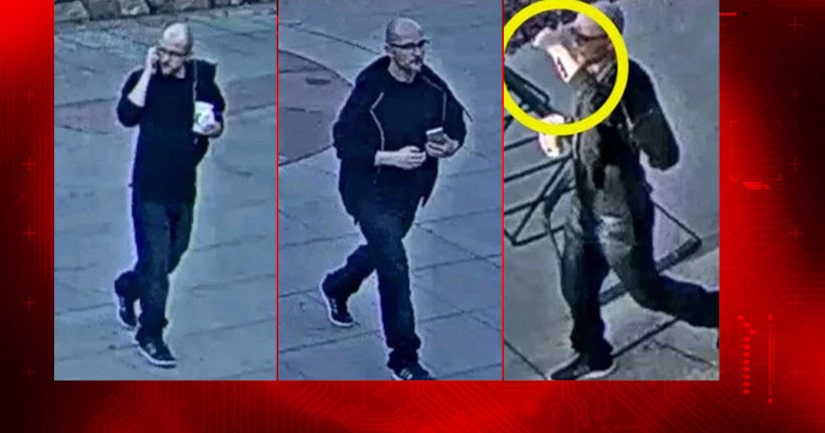 BOULDER, Colo. -- (KDVR) -- University of Colorado police have released images of a man who is accused of unlawful sexual contact of a woman early Sunday morning.

The incident happened about 7:50 a.m. in the area of the pedestrian underpass at Broadway and College Avenue, police said Thursday.

The woman reported that she was walking through the underpass when the suspect grabbed her in the buttocks and thigh area.

After the woman fought off the suspect, he left westbound through the underpass, police said.

The man is also suspected to be the person who was involved in a similar crime on campus in January.

He is described as being white, 30 to 40 years old, balding with a reddish beard. He has three triangles tattooed on the outside of his left forearm.