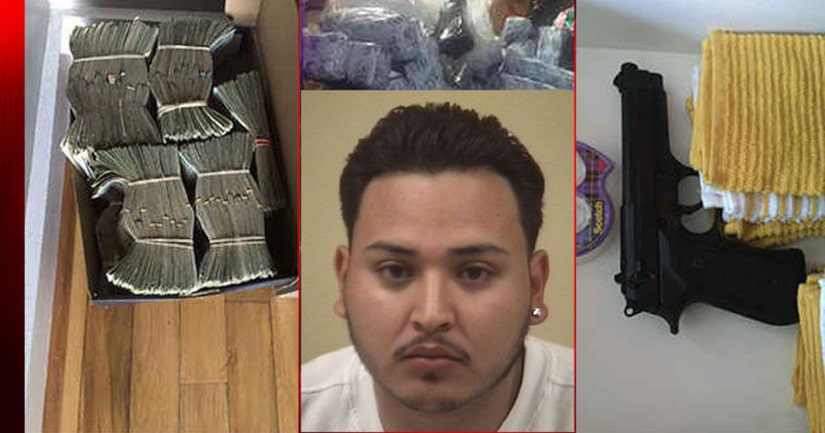 ATLANTA -- (WGCL) -- A man wanted for several crimes including murder is in custody after being captured by U.S. Marshals and Clayton County Sheriff's deputies.

Victor Villalobos was wanted in connection to the murder of Fernando Worthy in Forest Park on May 12. Police believe the shooting happened at an Atlanta strip club on Jonesboro Road.

Worthy's body was found inside a vehicle near the intersection of I-285 and I-20.

When Villalobos was apprehended, officers found nearly 900 pounds of marijuana, other drugs, guns and cash.

According to the Clayton County Sheriff's Office Facebook page, Villalobos was listed as the number one suspect on Victor Hill's Top 10 Most Wanted for Murder in Atlanta.

It is unclear when Villalobos will appear in court.