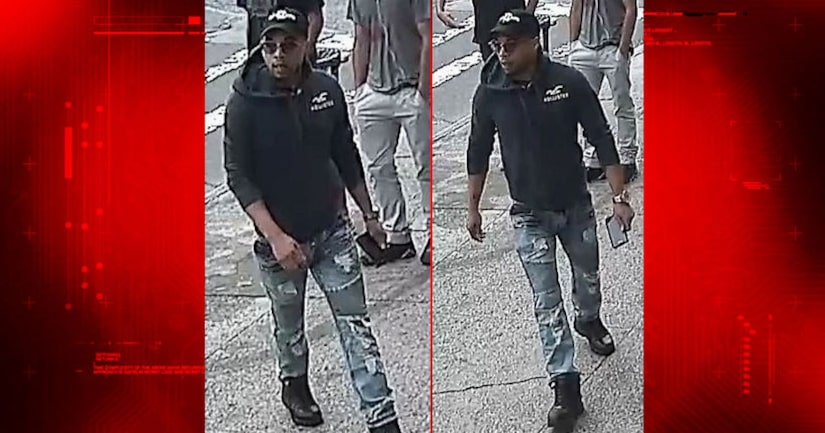 NEW YORK -- (WPIX) -- A man was brutally beaten to death in the Soundview section of the Bronx Monday night and police are looking for his attacker.

Willy Montilla, 41, was punched in the chest several times by the man police are searching for. The incident happened near Westchester Avenue and Hugh Grant Circle around 9:45 p.m.

After Montilla fell to the ground, the man then kicked him twice in the back of the head before running north on Westchester Ave., according to police.

Montilla then tried to get up and hail a cab, but collapsed, unconscious. He was taken to a local hospital where he was pronounced dead.

The man police are searching for is described as being between 25 and 35 years old. He was last seen wearing sunglasses, a dark colored hooded sweater, light blue jeans, black boots and a black baseball cap.

He can be seen in surveillance photos obtained by police and released to the public.

If you have any information related to this incident, submit tips to police by calling Crime Stoppers at 1-800-577-TIPS (8477), visiting www.nypdcrimestoppers.com, or texting 274637 (CRIMES) then entering TIP577.