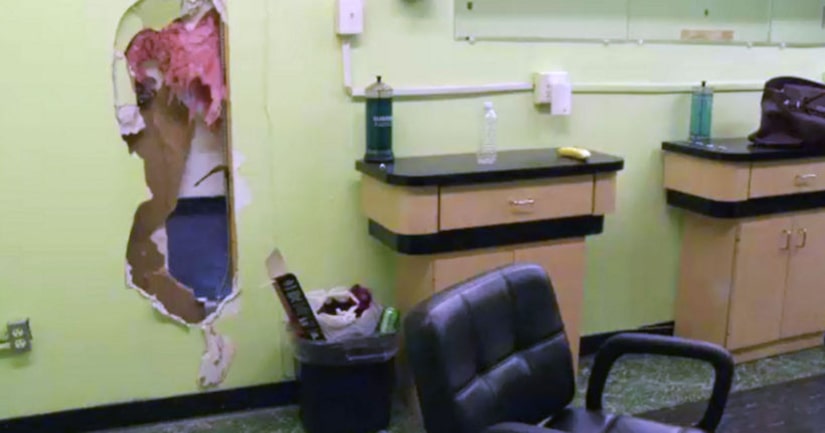 JACKSONVILLE, Fla. -- (WJXT) -- Several local business owners are livid after a thief or thieves broke into their stores in a strip mall. It happened early Sunday morning on McDuff Avenue, off Interstate 10.

A nail salon, hair salon, and a barber shop were broken into. Owners said their supplies and several flat screen televisions were stolen.

The thieves broke in through the back of an empty store and burrowed through the walls of each store to get to the next business. The holes have been boarded up and the owners are waiting to repair the damages.

Fenita Bell, owner of Styles Innovation by Fenita, said she wants whoever was involved to come forward.

"I'm hurt behind the situation,but sometimes people do petty stuff" said Bell. "This was so petty. Just for you to come in here and destroy people's business and put holes in the wall. Yes, I want them to come forward.

Right now, the Jacksonville Sheriff's Office does not have any suspects.If you know anything, you're asked to call Crime Stoppers at 1-866-845-TIPS. We will update this article when more information becomes available.