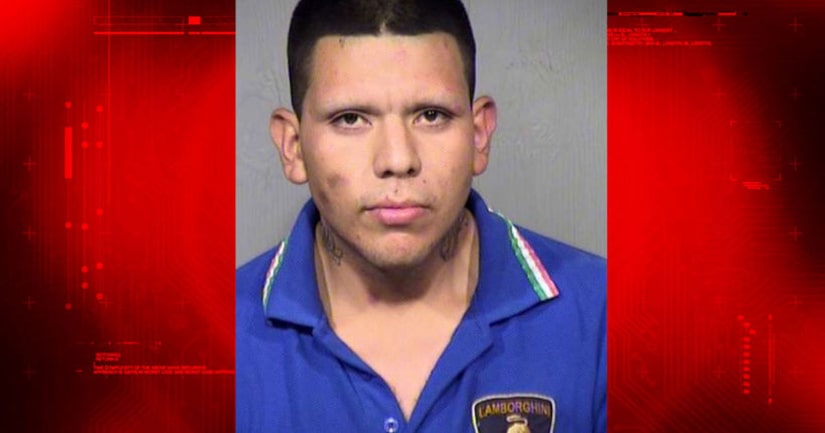 PHOENIX -- (KNXV) -- A bank teller noticed a distraught woman withdrawing a significant amount of money and contacted police, who then saved her from kidnappers.

Court records show that on August 26, a woman walked into the Bank of America near 19th Avenue and Bethany Home Road. She was reportedly visibly distraught and tried to withdraw $19,000 without a bank card. The teller "went to check if she could do that," but instead alerted police.

Phoenix police report that they arrested 22-year-old Alonzo Daniel Cabrera, who was with the victim in the bank.

The victim relayed to police that she was kidnapped just after midnight that morning as she pulled up to her boyfriend's apartment complex near 36th Street and McDowell Road.

She reported to police that she was boxed in and taken by six unknown men carrying handguns and rifles. She said one of her kidnappers covered her head with a shirt as she was taken to a home where her captors told her that they had been watching her for months and knew she had money and threatened her family.

She was taken to one bank near 55th Avenue and Indian School Road and went in with Cabrera but was told she could not cash a check without her bank card. She was then taken to another bank again with Cabrera posing as her nephew. This time, the bank teller alerted police, who arrested Cabrera.

Cabrera has been charged with kidnapping. However, the victim's car and Cabrera's accomplices have not yet been located. Anyone with any information on this case is asked to call Phoenix police.