"Crime Watch Daily With Chris Hansen" got the first look Friday inside the cell where Brock Turner, the former Stanford University swimmer who was convicted of sexually assaulting an unconscious woman, served 90 days of a six-month sentence at Santa Clara County Main Jail. Turner, 21, was released Friday morning at 6:08 a.m. Pacific Time.

The case provoked a national controversy after Superior Court Judge Aaron Persky sentenced Turner to six months in jail. Turner could have faced up to 14 years in prison, CWD affiliate KRON reported. Persky followed a recommendation by the county probation department to sentence Turner to six months in prison despite prosecutors seeking six years.

Turner must register as a sex offender for life and faces three years of supervised probation, the Associated Press reports.

The assault occurred in January 2015.

"He should have never been in our jail, he should have been in prison," Santa Clara County Sheriff Laurie Smith said Friday morning after Turner was released.

Turner, 21, looked down but kept his face uncovered as he walked out of the Santa Clara County Main Jail at 6:08 a.m.

He did not say a word before he jumped into an SUV and drove off. Where he is headed to next is unknown but it's believed he is heading back to him hometown in Ohio.

Turner served three months of the six-month sentence he received for the sexual assault that happened outside a Stanford fraternity house.

The case gained nationwide attention as many people are outraged saying the sentence was too lenient. Now protesters are calling to remove Superior Court Judge Aaron Persky, who issued the punishment, from the bench.

Santa Clara County Sheriff Laurie Smith spoke after Turner was released. She is unhappy with his sentencing and is even supporting a new bill that would require mandatory prison sentence for anyone convicted of raping an intoxicated and unconscious person. 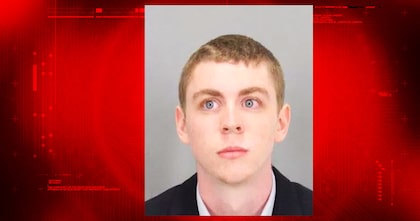 Brock Turner set to be released from jail Friday