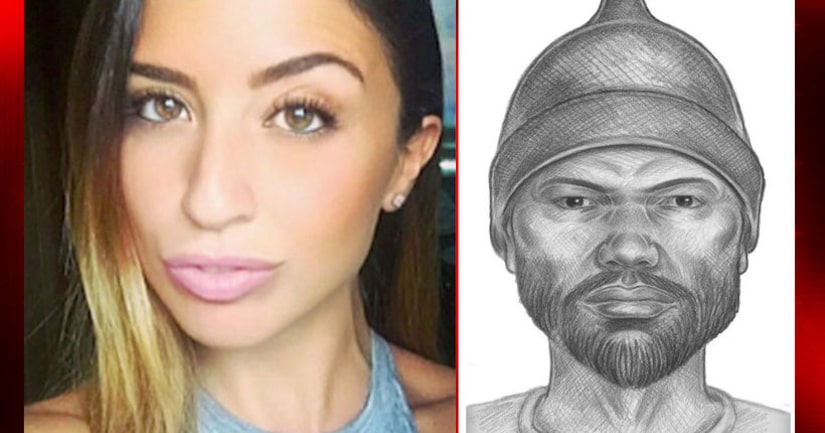 NEW YORK -- (WPIX) -- Police released a sketch Wednesday of a person they "need to talk to" in their search for Karina Vetrano's killer.

The 30-year-old woman vanished about 5 p.m. Aug. 2 while on a solo jog through a marshy area of Howard Beach called Spring Creek Park.

Vetrano was beaten "quite severely," suggesting she put up a "ferocious fight," the chief of detectives said in an Aug. 4 news conference. The medical examiner determined strangulation to be the cause of death, and officials have said she was sexually assaulted.

The person pictured in the sketch is not considered a suspect or person of interest, but NYPD Chief of Detectives Robert Boyce did describe him as someone they "need to talk to."

Anyone who sees the sketch should take note of the dark wool hat worn by the subject, he added, noting that Vetrano went missing on Aug. 2, a hot summer day, and it's “unusual” the man was wearing that type of hat.

A utility worker who was in the area at the time of Vetrano's death gave police the description of this individual, Boyce said.

The man was spotted on the pathway to the Belt Parkway, on the north end of Spring Creek Park, where Vetrano — usually accompanied by her father — would run.

It's not known where the man in the sketch headed to after he was seen.

Boyce said he could've gone west on the Parkway and into East New York, or he could've traveled in the opposite direction, which would have taken him into Ozone Park.

In the days after Vetrano's death, police pleaded for the public to come forward with tips as a paltry amount of "generic" information had come in by that time.

Especially challenging about this case is the fact that Vetrano was killed in an isolated area, surrounded by towering brush, that isn't watched by surveillance cameras.

Investigators said without witnesses their best chance of finding Vetrano's killer was to create a DNA profile using a sneaker, ear buds and a used condom found at the scene, as well as DNA discovered on Vetrano's body.

That DNA profile has been created, but has yet to yield a match in the nationwide database, officials said Tuesday.

"Now that code database that we use for DNA, was only formulated in 1998, so that person might have been in jail prior to that so we are looking at that end of the investigation right now," Boyce said.

He described it as an "undertaking" and added that the door is open on someone who is younger and had not done jail time as potentially being involved.

Vetrano's father typically accompanied his daughter during an afternoon run, but due to back pains had to skip the day she was ultimately killed.

He, along with a search party, found her body about 15 feet off the jogging path hours after she went missing.

There's no evidence she knew her attacker, officials said.

Vetrano's killing shocked the close-knit community of Howard Beach, prompting thousands of people to donate money toward a reward fund that will be given to anyone who provides information that leads investigators to catching her killer.

As of Wednesday afternoon, the reward stood at more than $302,000, with police raising $25,000, Mayor Bill de Blasio's office donating $10,000, and the remainder coming from a GoFundMe page.