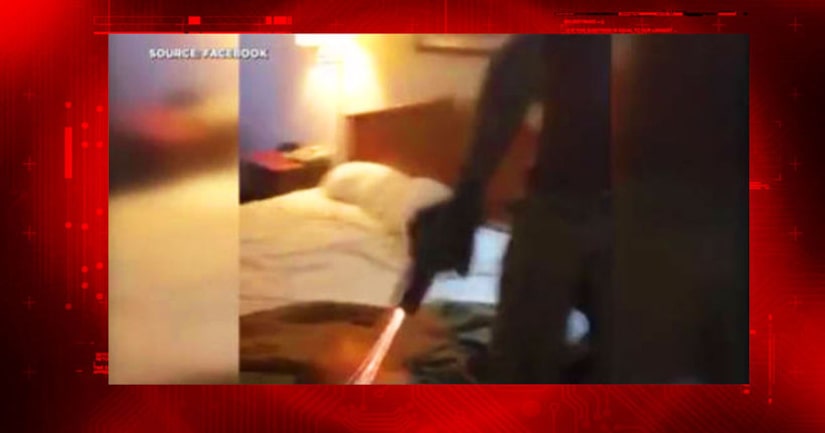 HAZLEHURST, Miss. -- (WLOX) -- A man allegedly caught his girlfriend in a Hazlehurst motel room with another man and it was all streamed live on social media.

But what her spurned lover didn't expect was gunfire when he confronted the other man. Seconds before authorities say Willie Reese was shot, he repeatedly taunted the man he allegedly caught with his girlfriend inside a Hazlehurst motel.

Investigators said it happened at this America's Best Value Inn around 7:30 Sunday morning.

In a cellphone video, now circulating on Facebook, are images of the encounter that Reese were streaming live on the social media site.

"It's everything that actually happened in this case," said Hazlehurst Police Chief Byron Swilley. "A couple of citizens contacted me, and at the time, I didn't believe it."

The chief said Reese was shot in the thigh before being taken by private vehicle to a local hospital then airlifted to UMMC. He is listed in stable condition.

"It's not normal that we actually have footage to where it dictates you know exactly what happened in this case," said Swilley.

Daniel Jackson of Brookhaven turned himself in to police.

A 9-millimeter pistol has been taken into evidence. The cellphone recording begins with Reese, already in the room with Jackson, when a woman later walks in from the bathroom.

Investigators have not determined if Reese entered the room unlawfully.

"It's never a good ending in a situation like this," added the chief. "And you can put yourself at risk."

Swilley will turn the case over the District Attorney. Jackson is charged with aggravated assault and is being held at the Copiah County Detention Center under a $10,000 bond.