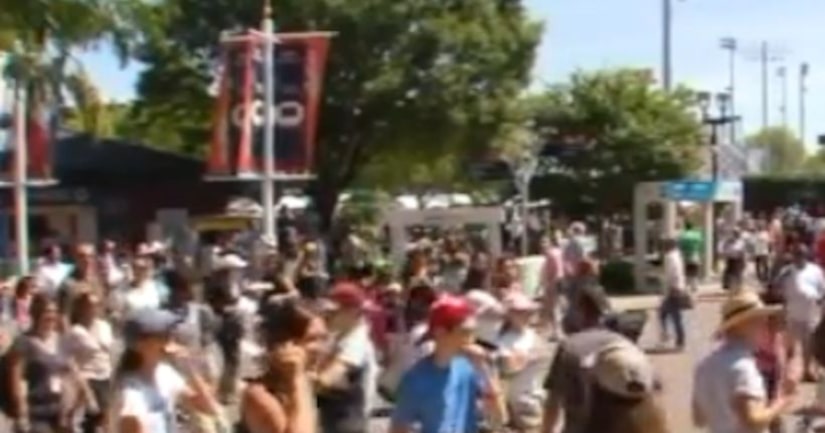 QUEENS, N.Y. -- (WPIX) -- Police are asking for the public's assistance Sunday in locating a man who is connected to an attempted kidnapping that occurred at the U.S. Open Kids' Day event Saturday.

Around 4 p.m., the 11-year-old victim was with her family watching a practice session on one of the tennis courts when a man allegedly approached her and grabbed her wrist.

He demanded that the victim leave with him and threatened to hurt her, police said.

She yanked her arm away and kicked him and he ran in an unknown direction.