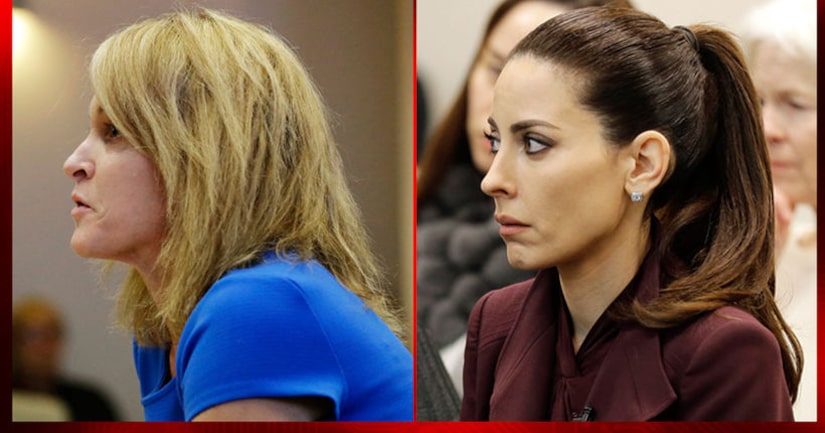 It was a bitter fight in court for the two heirs, ending with Judge Robert Broadbelt III saying he agreed Falk is a danger toward the syndicated talk-radio host Kerri Kasem.

Kasem, daughter of legendary broadcaster Casey Kasem, called eight witnesses during the six-day civil trial. Each witness, an acquaintance to Kasem and some former friends of Catherine Falk said the daughter of actor Peter Falk has threatened harm against Kerri on numerous occasions over a two-year period.

One Hollywood heir called to testify was Kelly Rooney, daughter of Mickey Rooney.

Rooney told Crime Watch Daily that Falk has also harassed her family and is a threat to Kasem because Rooney claims she's obsessed with her. In an interview outside the court room I asked about the alleged threats.

Is she a threat to Kerri Kasem physically?

"I believe so because she's obsessed. And in 1966 my mother was murdered for someone that was obsessed, and to me this is a very serious matter," said Kelly Rooney.

Travis Campbell, son of country legend Glen Campbell, who knows both Kasem and Falk through political advocacy to pass legislation in his home state of Tennessee, said when Falk talked about taking Kerri Kasem out, he believed the threats were enough to warn her.

"Yeah, that's pretty much why I ended up contacting Kerri and letting her know that, because I thought that if you didn't act on that and something were to happen, you'd feel pretty bad," said Travis Campbell.

Falk's attorney Paul Cass argued the threats of harm were hearsay coming from third parties and not credible proof.

The most bizarre revelation made in court came from private investigator Patrice Gilgan, who testified on Kasem's behalf, saying she was on a 35-minute call with Falk and Kasem's stepmom, Jean Kasem. You may recall Jean Kasem has been at odds with the Kasem kids for decades, and is currently facing a civil wrongful death lawsuit filed by the Kasem kids, who claim she is responsible for Casey's death.

On the three-way call, the P.I. testified Catherine Falk was talking to Jean Kasem about luring Kerri to a charity event to rip out her hair and test it for DNA to see if she is really Casey's biological daughter. While under oath, Falk said, “It was not a plan, it was a joke,” and admitted to reaching out to Jean Kasem.

Crime Watch Daily caught up with Kerri, who says news of the call between Falk and her stepmom was a shock. “I think it shows how far she'll go and why I needed a restraining order,” Kasem said.

Kerri's attorney Jesse Kaplan also revealed personal selfie-photos that Kerri had stored on her cellphone were reportedly stolen by her former tech expert, who gave the images of Kerri to Falk, who then posted them on Facebook to “humiliate her.” Falk responded, saying “I was impulsive when I did that.”

Falk and Kasem are both political advocates who have similar and competing legislation to prevent elder abuse and isolation. Each has passed versions of legislature in various states. The bills were created after the deaths of their fathers. However, the common thread binding the two women was unable to hold -- they've been at odds since 2013.

In court, Falk testified she “detested” Kerri, but her words were just words, jokes not meant to be taken literally. Judge Broadbelt disagreed. The judge found the accumulative evidence presented over the six-day trial credible. The restraining order is now in effect.