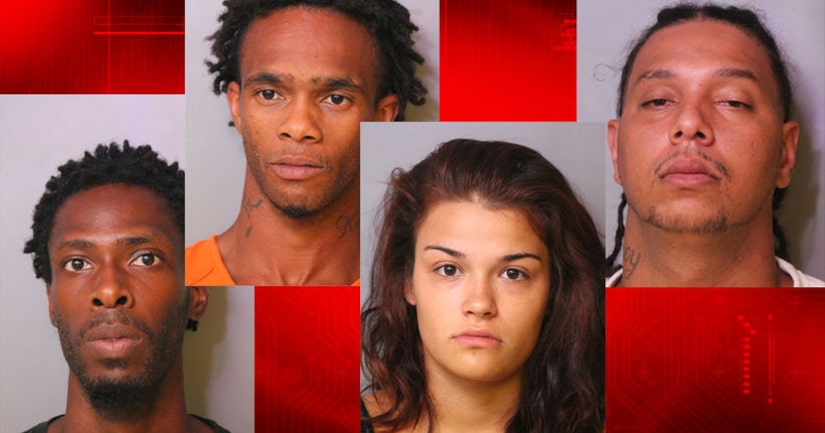 4 arrested in death of 28-year-old man

POLK COUNTY, Fla. -- (WKMG) -- Auburndale police have arrested on Monday four people in the shooting death of a robbery victim that one of the suspects went on a date with earlier.

Hailey Bustos, 18, Andre Warner, 26, Gary Gray, 31, and Joshua Ellington, 26, were charged in the death of Adam Hilarie, who was found at a home on Sunset Avenue Friday evening.

The investigation found that Bustos met Hilarie on an online dating site and that they went on a date Thursday evening, according to police.

Police said that after Hilarie dropped Bustos off, she conspired with Warner, Gray and Ellington to go back to his apartment and rob him, which led to Hilarie's death.